Sussanne opens up on her divorce with Hrithik 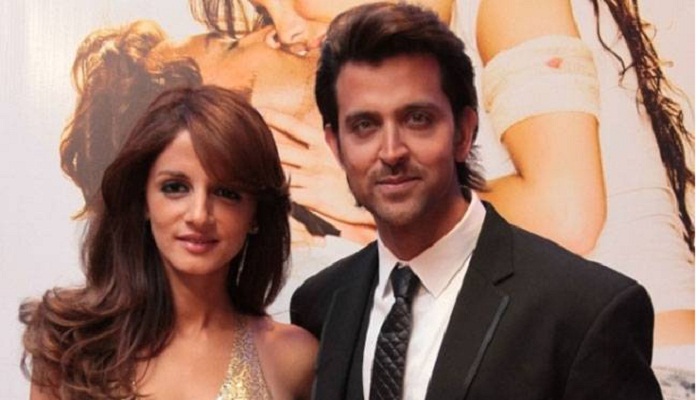 The news of Sussanne Roshan (now Khan) and Hrithik Roshan's separation in 2014 shocked Bollywood as well as the fans. And while many hoped that the two might patch up, Hrithik and Sussanne went ahead with their divorce.

This very development set many tongues wagging in 2015, but Hrithik and Sussanne have always maintained a dignified silence on their separation.

But a few public appearances recently made many think of a patch up on the cards. However, Sussanne has rubbished all these rumours during an interview to a magazine.

Sussanne, who got married to Hrithik in 2000, told Femina that she wasn't happy in the relationship and it was a wise decision to move on in life.

She was quoted as telling the magazine, "We had reached a stage in our lives where I decided that it's better we weren't together. It was important to be aware and not be in a false relationship."

However, she maintained that she is still friends with Hrithik and both are very respectful towards each other for the sake of their two sons, Hrehaan and Hridhaan.

"We are close (friends). We do chat a lot even though we don't hang out together anymore. But above all, we are very committed to our children. We are respectful towards each other. When children are involved, it's important to put our differences aside and protect them," she added.

Hrithik and Sussanne might not be together but the two still stand by each other during difficult times.

This year, when Hrithik and Kangana Ranaut's legal spat turned ugly, Sussanne came to the rescue of her ex-husband.

As soon as a picture of Kangana and Hrithik together started doing the rounds on social media and pointed to an affair between the two, Sussanne took to Twitter to clarify that the picture was indeed photoshopped as she herself was a part of that party.