Inside the mind of Raman Raghav, Mumbai’s serial killer of the 60s 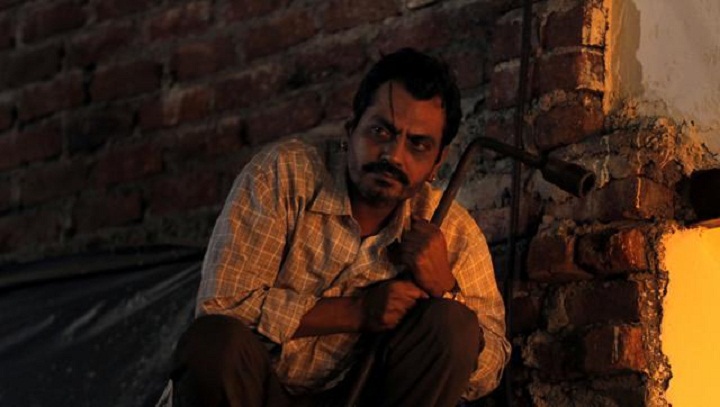 The Bombay of the swinging Sixties with its glamorous nightclubs and jazz music was also home to another world: distant suburbs dotted with ramshackle shanties and huts, mostly peopled by migrant workers.

And it was in these squalid suburbs that a terrifying wave of murders took place in 1968. They were clearly the work of a serial killer: almost all the victims were miserably poor men, women and children and they had been bludgeoned to death by a hard, blunt object. There seemed to be no discernible motive.

IPS officer Ramakant Sheshagirirao Kulkarni had just taken over as the DCP, CID, (Crime) in Bombay when he was handed this red-hot case. Frenzied fear had gripped the suburbs and vigilante groups, often armed with lathis, kept watch at nights, sometimes battering wandering fakirs and homeless beggars on mere suspicion. Two thousand cops fanned out in the city on patrol duty.

When found by the police, Raman Raghav turned out to be a nondescript -looking man aimlessly wandering the streets with an umbrella.

When Kulkarni eventually did find the killer, he turned out to be a nondescript-looking man aimlessly wandering around grimy streets carrying an umbrella and a strange assortment of objects on his person (garlic, tea dust, scraps of paper with mathematical figures scrawled on them, among other things). He was spotted by chance by a sub-inspector who noticed that his shirt and shorts were stained with blood. The police interrogation and later, his confession in front of a magistrate, painted a scary picture of an unbalanced, strange man. His name was Raman Raghav though he went by several aliases, such as Sindhu Dalwai, Anna and Thambi.

It turned out that this was the second time he had indulged in such killings. In 1965-66, he had murdered nine people, most of them living next to a municipal water pipe line in the eastern suburbs. The police picked him up for questioning because he looked suspicious and had been seen hanging around the area. But the murders could not be proved and all that happened to Raman Raghav was that he was thrown out of the city and barred from entering it for the next two years.

But he came back.

Over the years, the bizarre case of Raman Raghav has continued to fascinate writers and filmmakers. Kulkarni, who came to be known as ‘India’s Sherlock Holmes’ because of his ace problem-solving abilities, devoted an entire chapter to the killer in his 2004 book Footprints on the Sands of Crime, where he chronicled the most sensational cases of his career. In 1969, journalist and author Khushwant Singh wrote an essay called Portrait of a Serial Killer, which has been included in a recent collection of his writings edited by his daughter Mala Dayal. Filmmaker Sriram Raghavan (of Johnny Gaddar, Ek Hasina Thi and Badlapur fame) made a 68-minute film on him in 1991 called Raman Raghav, A City, A Killer, with Raghuvir Yadav in the title role. And now filmmaker Anurag Kashyap is all set to release his gritty noir thriller Raman Raghav 2.0, set in contemporary Mumbai, with Nawazuddin Siddiqui playing a copycat killer.

Kashyap says he wanted to make a film on the 1960s’ serial killer for 21 years. Initially, he hoped to make a Bombay noir trilogy – after Bombay Velvet, there was to be a film on Raman Raghav and then on the sensational 1959 Nanavati murder case. “But after Bombay Velvet, I realized no one would give me money to make another period film,” he says ruefully. “And so I abandoned the idea and set it in today’s time. Now I find that has worked better for me!”

Kashyap came across the story when Sriram Raghavan was making his own film. In the late 1980s, Sriram, fresh out of the Film and Television Institute of India (FTII) was approached to make a video magazine (in pre-satellite TV days, such magazines — like Newstrack and Lehren — were all the rage) on cops and crimes. “I had my pick of criminals,” says Sriram. “There was Charles Sobhraj, Auto Shankar etc. And of course there was Raman Raghav.” This was the time that Kashyap met Sriram and found himself equally intrigued by the killer from Tamil Nadu who first came to Bombay in 1950 to work as a millhand.

What fascinated both Sriram and Kashyap was the idea of a criminal who didn’t kill for any of the motives usually associated with murder: money, love, revenge, pleasure. “He had no moral compass, there was no planning,” says Kashyap. “He killed because some voice in his head told him to do so.”

Raman Raghav’s testimony to the judge, reproduced in part in Kulkarni’s book, reveals the bewildering meaninglessness of the murders: In one instance, Raman Raghav saw a man sleeping in a hut and killed him with three or four blows of an iron rod. He rummaged in the dead man’s pocket, discovered some bidis and a matchbox and kept them, after which he ate some rice and rotis he found in the hut. In another gruesome attack, he killed a sleeping woman and then had sex with her. Once again, he ate some food that he found in the hut.

In Sriram Raghavan’s film, Raghuvir Yadav commits the murders almost in a deadpan manner. He comes across as a shabby, pathetic figure, always in a soiled blue shirt, khakhi shorts and canvas shoes (apparently a Parsi Dairy delivery boy uniform), who suddenly erupts in rage over trivial incidents. Sriram had initially planned his film as a thriller. But when he met the psychiatrist who had examined Raman Raghav after the latter’s arrest, he changed his mind. “The psychiatrist told me that Raman Raghav was a very sick man,” says Sriram. “He told me, don’t treat him like a criminal. That’s when I realized I was looking at him all wrong. Raman Raghav was unaware of what he was doing.”

Raghuvir Yadav as the deadpan murderer in Sriram Raghavan’s film on Raman Raghav.

When Kashyap was casting for his film, his first choice was Nawazuddin Siddiqui, mostly because Siddiqui is such a powerful actor and a favourite of the director, but also because Kashyap had the image of Raghuvir Yadav in his head and decided that his actor too should be of slight, unimposing build. But going by the trailers of Raman Raghav 2.0, that’s where the resemblance ends. If Yadav’s Raman Raghav seems almost dazed and uncomprehending, Siddiqui exudes dangerous menace. Siddiqui seems more in keeping with Khushwant Singh’s portrait of the serial killer as a man who was taught to rob and kill by his jailbird father, and who was a woman-hater (he’d been betrayed by his wife — she became pregnant by another man — and later by another woman who cried rape when he repulsed her advances). Singh described him as a man who needed his daily ration of sex and crime. “He became a confirmed misogynist and a lone wolf,” wrote Singh.

Since Kashyap’s film is not about the actual events of the 1960s, he has changed the character of the police officer as well. Says scriptwriter-filmmaker Vasan Bala, who worked on the original script of Raman Raghav for Kashyap, “It’s a sad commentary on our times but it was difficult to place a Kulkarni, who was an honest, upright cop, in today’s times. And so Anurag came up with the idea of a cop who was a sort of mirror image.” In Raman Raghav 2.0, there is no ‘good guy’ chasing the ‘bad guy.’ Here, the cop (played by actor Vicky Kaushal, who made his debut in Masaan) is high on drugs and power. He is brutal to anyone weaker than him – because he can be.
The question Kashyap seems to be asking is: who is the person in the ‘wrong’ here? Raman Raghav, who was clearly a mentally unsound man? Or…?

The original Raman Raghav was diagnosed with chronic paranoid schizophrenia. Kashyap elaborates: “There was a world that existed in his head – he believed India was being controlled simultaneously by a Congress-British-Akbar government that was out to get him and he had to fight these people.” He also believed that he was being forced into homosexuality and he had to somehow prevent this by killing people. At the same time, he was, as Vasan Bala points out, “a kind of scavenging killer. He killed poor, vulnerable people, most of whom were sleeping when he attacked them. He stole a few paise and useless odds and ends after he did the killings. Or he indulged in necrophilia. He never showed the slightest remorse.”

Raman Raghav was sent to Yerawada Jail where he died in 1988 of kidney failure after 19 years of incarceration. Oddly enough, in all his years in jail, he was never involved in any act of violence. “Usually a character has an arc – a beginning, a middle, an end,” says Vasan Bala. “But there was no such arc for Raman Raghav. There were just moments in a continuum when he felt he should end a life.”

What drove him to murder so many people? Why did he kill so indiscriminately and randomly? What was really going on in his head? There are no answers, only theories. It is an inconclusive story of a serial killer. Maybe Anurag Kashyap’s film will find one more piece of the puzzle.