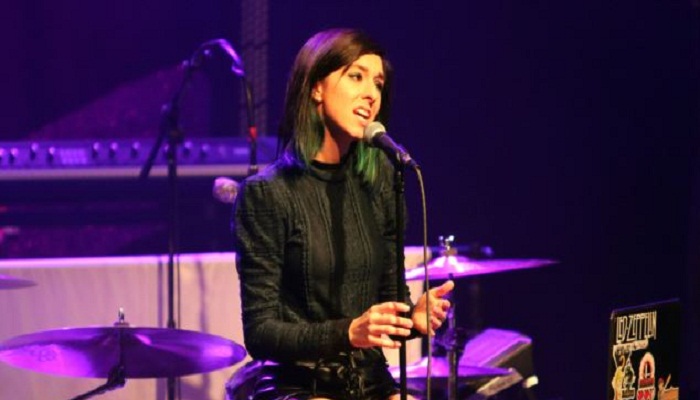 The suspect in the slaying of singer Christina Grimmie after a performance Friday night in Orlando had come there from elsewhere in Florida with the intention of killing her, police said Saturday.

Police identified the suspect as Kevin James Loibl, 27. They were searching his computer and cellphone for a motive but said there was no sign that he and the victim knew each other or that he had been stalking her.

Grimmie, 22, was signing autographs for fans after performing at the Plaza Live Theater when the suspect walked up and opened fire.

Grimmie's brother tackled the gunman, who shot and killed himself. Police said he was armed with two handguns, a hunting knife and extra ammunition. They credited Marcus Grimmie's "heroic actions" for preventing what could have been many more injuries.

Grimmie was a rising star who first won attention on the TV music competition series The Voice in 2014. Millions of fans have also enjoyed her renditions of hit songs on YouTube.