‘Mother India’ mother of all films 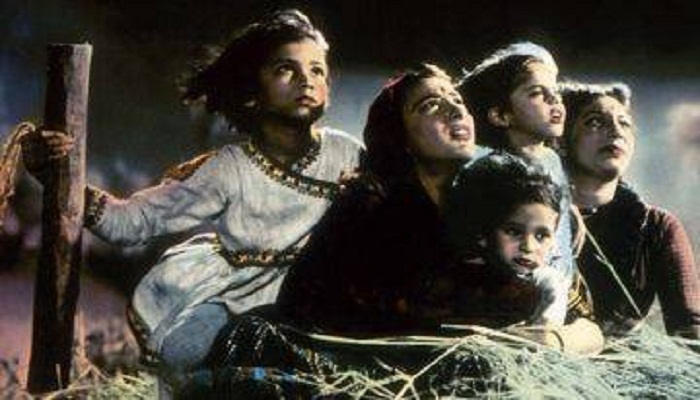 For Ethiopians, Bollywood is synonymous with Mother India and such is the popularity of the Nargis-Sunil Dutt starrer movie that it continues to enthral them even after 59 years of its release.

While recent Bollywood blockbusters like Veer Zara, Kuch Kuch Hota hai, Karan Arjun have earned their actors Salman and Shah Rukh Khan a huge fan following, thanks to their dubbing in local language Amharic, Ethiopians embraced the Mehboob Khan helmed classic without even understanding a word of Hindi.

Earlier, Indian movies were available with subtitles or sometimes even without that. But still the people understood them without any knowledge about Hindi.

"I watched the movie (Mother India) some 40 years ago. Now a lot of people know and watch Indian movies. Even if they do not understand it, they watch it. In terms of Indian movies, almost everybody now is able to have a cable TV in their house even in the remote areas," Soloman Tadesse, CEO of Ethiopian Tourism Organisation said here.

Almost everyone who was asked about Bollwyood in the country- everyone has a unique story to share about Mother India.

"I love Mother India and cried for half an hour after watching it," said Dorse, owner of a souvenir shop.

Other movies like Karan Arjun, Kuch Kuch Hota Hai, Veer Zara are favourites with Shah Rukh and Salman being the most loved actors in the country.

"I have watched Karan Arjun and I love Shah Rukh and Salman," Deteste, an employee at the Kuriftu Resort in Bahir Dar said.

With the advent of cable television, movies are now being translated in the local language Amharic and made available to Ethiopians.

"Cable TV brings Indian movies. Recently an Ethiopian company started dubbing the movies in Amharic. There is a lot of similarity in the mindset, culture and temperament among the people of both the countries," Tadesse said.

With the beautiful landscapes in Africa, many Bollywood movies have been shot in countries like Egypt and South Africa but Ethiopia has been untapped by the Bollywood producers despite the scenic beauty of the place.

The tourism department is now working to draw Indian producers to the country.

"We are in talks with Indian producers and trying to get them to picturise the movies in our country," said an official of the Ethiopian Toursim Organisation.