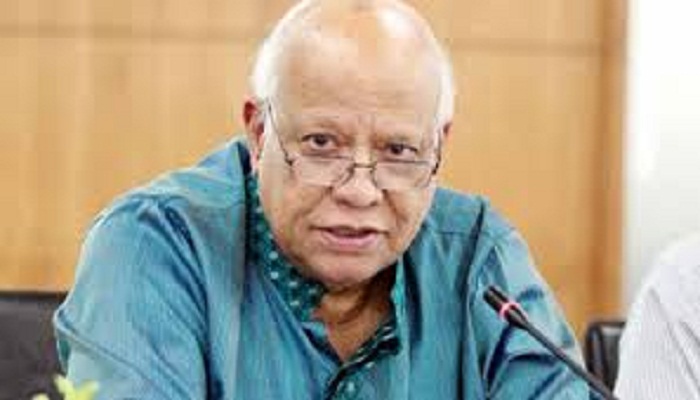 Finance Minister AMA Muhith is set to place the national budget for the next fiscal year (FY17) in parliament this afternoon with a outlay of Tk 340,605 crore.

Muhith will place his 8th consecutive budget as finance minister of the AL-led coalition that has been in power since 2009. Muhith is expected to start his presentation using Powerpoint at 3pm.

The new budget eyes a GDP growth target of 7.2 percent, up from the outgoing fiscal's target of 7 percent, said officials at the Ministry of Finance.

However, as per the provisional estimation of the BBS, the GDP growth is poised to reach 7.05 percent in the outgoing fiscal.

The inflation target next year is likely to be 5.8 percent, against the outgoing fiscal's 6.2 percent.

The officials also said VAT is likely to stay, but the rate could be higher.

Besides, the individual income tax ceiling is likely to stay the same. The new VAT Act is unlikely to take effect from 1st of July.

This time, the Finance Minister will include the 'Fast Track' projects in a separate capital budget to demonstrate the government's emphasis on them, according to the officials.

The document for the mega projects would be titled "Big projects in Transforming Infrastructure: New dimension in Accelerating Growth".

The officials also said that the overall revenue collection target for the next budget is likely to be Tk 242,752 crore while the budget deficit would be likely Tk 97,853 crore, within 5 percent of the GDP. It is mostly proposed to be met from the banking sector, savings certificates and loans from the bilateral and multilateral development partners.

Besides, the government has set a target of getting Tk 5,516 crore as foreign grant.

Besides, the government is set to take Tk 61,548 crore loan from the local sources of which Tk 38,938 crore would come from the banking sector, Tk 19,610 crore from the savings certificates and Tk 3,000 crore credit from the other sources.

Besides, Tk, 22,700 crore is likely to be kept as subsidy in the new budget which will be lower than the outgoing fiscal year.

If the proposed expenditure of Tk 9,645.80 crore for the autonomous bodies and corporations is added to the original ADP, then the overall development expenditure for the next fiscal year would stand at Tk 1,23,345.80 crore.