Why the Ayutthaya kingdom in Thailand is worth a visit

The sheer splendour of Ayutthaya makes one forget that it is a balmy May afternoon when on a visit to the UNESCO World Heritage Site some 80 km from Thailand’s capital Bangkok.

After lunch at a riverside restaurant at modern-day Ayutthaya, the visit to the once flourishing temple city is an enriching experience.

Ayutthaya was founded in 1350 and it was the second capital of the Siamese kingdom. It was a global centre of economics and trade, and an important connecting point between the east and the west. The Ayutthaya royal court exchanged ambassadors across the world, including with the French court at Versailles, the Mughal court in Delhi and the imperial courts of Japan and China.

However, it was also stated that the construction of Wat Mahathat’s main pagoda was started by King Boromaracha I in 1374 and completed in King Ramesuan’s reign. “The pagoda collapsed during King Songtham’s reign and was renovated in 1633, after King Prasat Thong ascended to the throne.”

This magnificent city was razed to the ground by invading Burmese forces in the 18th century. “At the fall of Ayutthaya in 1767, the monastery was set on fire in the Burmese attack,” the plaque further reads. “The abandoned pagoda fell into decay during the reign of King Rama VI. Only the symmetrical base with staircases remains.”

“See here,” said a Thai acquaintance, “the Burmese chopped off the heads of all the statues so that people cannot revere it as a temple city.”

Indeed, it is a macabre sight. Elegantly carved statues in front of a Buddha statue, all without the heads.

According to the UNESCO website, Ayutthaya flourished from the 14th to the 18th centuries, during that time it grew to be one of the world’s largest and most cosmopolitan urban areas and as a centre of global diplomacy and commerce.

In addition, according to the UNESCO website, “Ayutthaya was strategically located on an island surrounded by three rivers connecting the city to the sea,”.

“This site was chosen because it was located above the tidal bore of the Gulf of Siam as it existed at that time, thus preventing the attack of the city by the sea-going warships of other nations. The location also helped to protect the city from seasonal flooding.”

One can indeed make out the sheer ingenuity that went into the building of Ayutthaya historical park that is spread over an area of 289 hectares.

The highlight of this site is the head of a Buddha statue among the roots of a tree.

“The head was once part of a sandstone Buddha image which fell off the main body onto the ground,” a plaque alongside reads.

“It was gradually trapped into the roots of a constantly growing Bodhi tree. The stone head has rather flat and wide facial structure with thick eyebrows and big eye lids, straight wide lip, and discernible lip edge, reflecting the art of Middle Ayutthaya Period, presumably around the mid of 1600s.”

However, then there are the cloisters – two layers of brick walls surrounding the main pagoda.

According to a plaque outside these, the cloister is connected with the end of the ordination hall and the royal sermon hall which is an architectural style of the Early Ayutthaya Period. The overall city was laid out in a systematic grid and comprised roads, canals and moats. Hence, in 1991 it was declared as a Unesco World Heritage Site, that is, the Ayutthaya historical park. 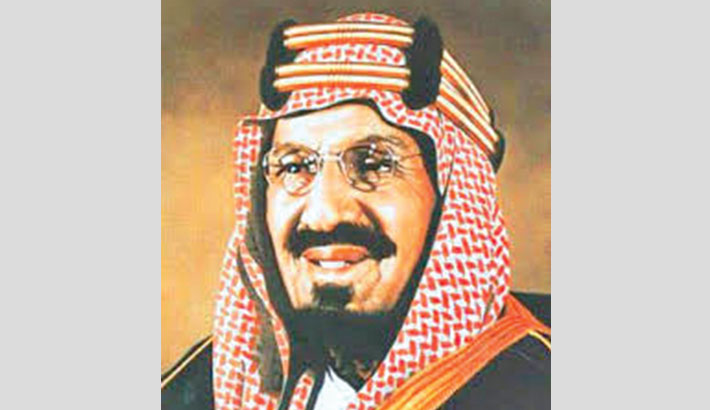 Founder of the Kingdom of Saudi Arabia 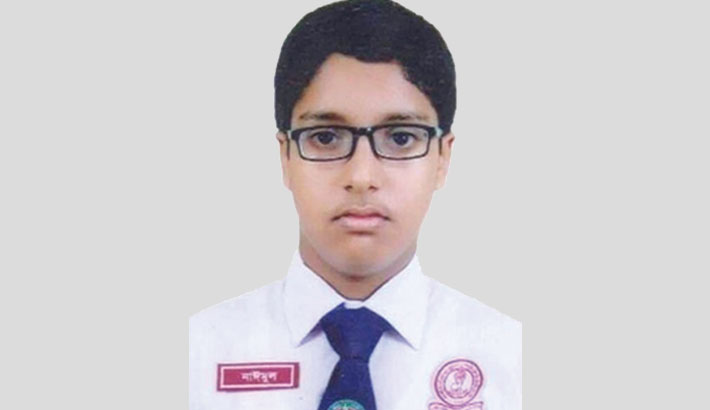 Why Prothom Alo shall not pay Tk100cr in compensation: HC 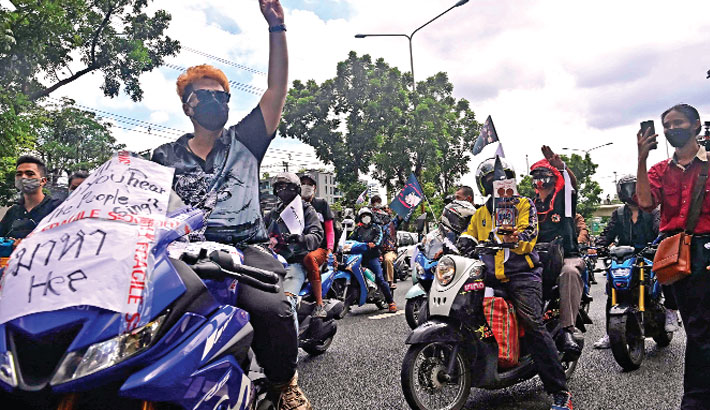 Protesters ride in a convoy during an anti-government demonstration as they call for the resignation of Thailand's Prime Minister Prayut Chan-O-Cha over the government's handling of the Covid-19 coronavirus crisis and urge the release of political prisoners in Bangkok on Friday. —AFP Photo

Why break in vaccination process? 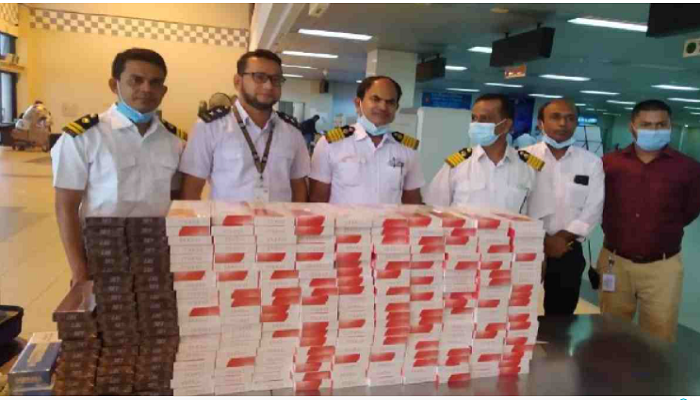