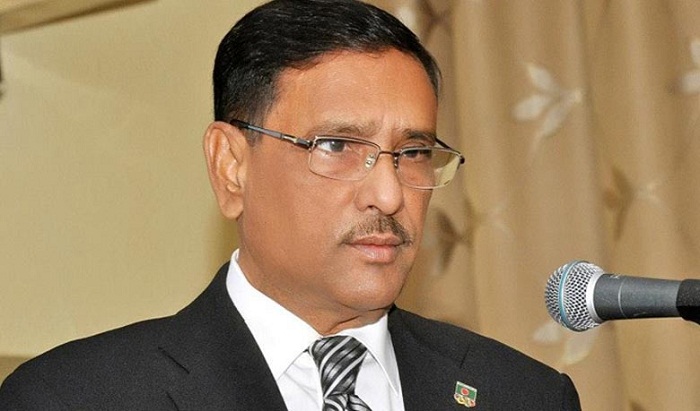 "Local and foreign conspiracies are on against Sheikh Hasina. Many games are being played in Bangladesh. These conspiracies are not visible," he said while speaking as the chief guest at a discussion in the city., reports BSS.

President of the Sangsad Monayem Sarker presided over the function, also addressed, among others, by Awami League agriculture and cooperatives secretary Dr Abdur Razzak.

Obaidul Quader said, "Communal extremism is the big enemy against peace in the country. But, the pro-peace organisations are becoming weaker day by day. The left parties are turning into smaller parties with splits in them."

The senior Awami League leader said, "An evil quarter has been hatching many conspiracies against the Prime Minister at a time when the government of Sheikh Hasina has been ensuring the country's development. So, everybody should remain united under her leadership to resist the communal conspirators."