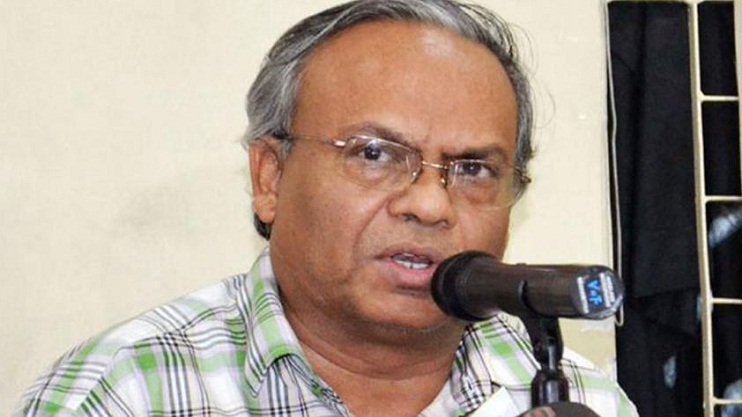 Accusing the ruling party men of resorting to terrorism and vote rigging in the third phase of elections to nine municipalities, BNP on Wednesday said the Election Commission has become the government’s ‘caged bird’.

“Elections to nine municipalities are being held. The ruling party cadres are resorting to hooliganism, irregularities and vote rigging as they did in the Union Parishad polls,” said BNP senior joint secretary general Ruhul Kabir Rizvi.

Speaking at a press briefing at BNP’s Nayapaltan central office, he further said, “Though the ruling party men are flexing their muscles, the Election Commission is playing a silent spectator’s rule. It seems that the Commission is the government’s caged bird and it has nothing to do, except carrying out the executive orders.”

Voting in the elections to nine municipalities in seven districts began on Wednesday morning.

The municipalities are Ghorashal and Raipura of Narsingdi, Laxmipur sadar, Kasba of Brahmanbaria, Noakhali and Senbagh of Noakhali, Chhagalnaiya of Feni, Teknaf of Cox's Bazar and Ramgarh of Khagrachhari.

He alleged that the election officials, law enforcers and magistrates are not taking any step to ensure fair balloting and resist the ruling party activists from indulging in irregularities and vote frauds.

Rizvi said election violence is growing gradually centring the Union Parishad (UP) polls due to inaction of the EC and administration.

He said at least 82 people were killed and many others injured and maimed in the UP polls violence.

The BNP leader also alleged that government is holding the local government polls along party line in a bid to fortify the one-party rule at the grassroots level.