BNP's dream for army-backed govt not to be reality: Quader 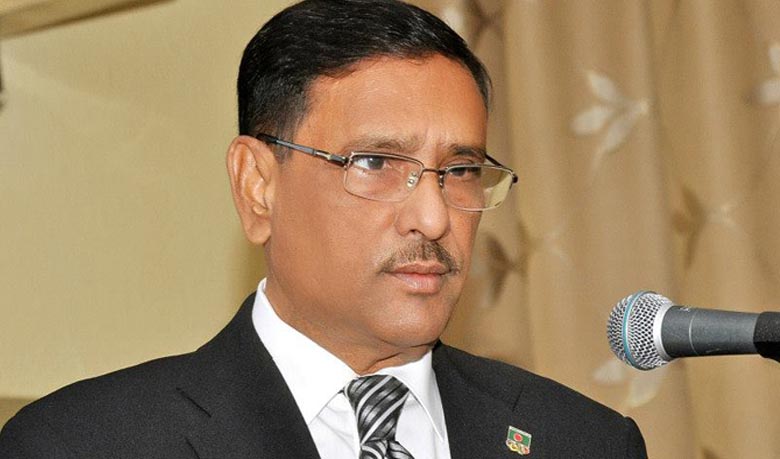 "BNP hadn't taken any lesson from the 1/11 government.....whatever might be their (BNP) dream, it will never be a reality," he said adding that being imbued with the development and advancement initiatives of Prime Minister Sheikh Hasina, the whole nation remains united under the leadership of Awami League.

Obaidul Quader said this while speaking as the chief guest at a discussion organised by Bangladesh Chhatra League (BCL) in front of Awami League central office at Bangabandhu Avenue in observance of the 35th Homecoming Day of party president Sheikh Hasina.

Obaidul Quader said the BNP would have to pay the price of its mistake of not participating in the last national polls. "BNP hadn't taken part in the last national polls (January 5, 2014). Well ahead of the polls, Prime Minister Sheikh Hasina invited BNP chairperson Begum Khaleda Zia to take part in a dialogue," he said adding that Sheikh Hasina had to hear abusive words then from BNP chief for inviting the party for talks (On election matters).

The senior AL leader said that the political scenario of the country would have been different had BNP responded then to Prime Minister Sheikh Hasina's dialogue offer. "If BNP participated in the last national polls, the party would have been doing politics as a recognised opposition party of the country even if it was not voted to power," Obaidul Quader added.