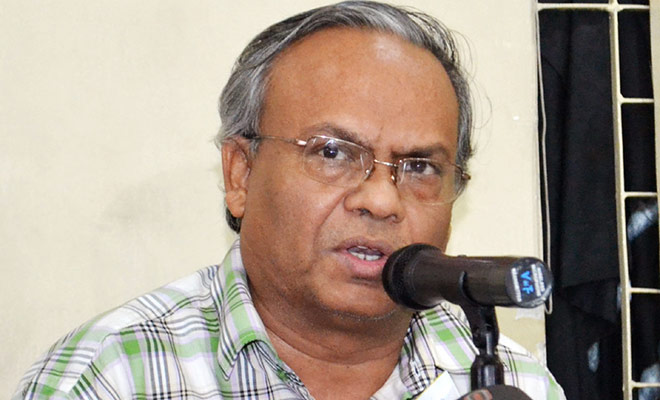 BNP on Tuesday alleged that Awami League is trying to provoke Islamic parties to take to the streets against it by cooking up a story involving Aslam Chowdhury and Mossad just to win public sympathy.

“We and the country’s people have found Mahbub-ul-Alam Hanif’s remarks as a mockery. Those who had removed Allah’s name from the Constitution, those who wanted to shut Qawmi madrasas and those killed many people through a crackdown on a Hefajat’s rally are now carrying out a propaganda involving Aslam Chowdhury with Mossad to mislead people,” he said.

Rizvi further said, “People know it very well that the government is staging a drama making an imaginary story to get their sympathy… People have not responded to Mahbub-ul-Alam Hanif’s call.”

On May 15, BNP joint secretary general Aslam Chowdhury was arrested as he allegedly held a meeting with Israeli influential leader Mendi N Safadi in India recently to hatch a conspiracy to oust the government. But, Aslam denied any conspiracy against the government though he admitted to meeting Safadi in a tea party in India.

Speaking at a programme on Sunday, Awami League joint general secretary Mahbub-ul-Alam Hanif urged the Islamic parties to take to the streets against BNP as it is conspiring with Israel. “Jews are the enemies of Islam. All the Islamic parties were there on the streets when Israel had attacked the Muslims in Palestine. Now where are you? Why are you silent when BNP has joined hands with Israel and Mossad?“

Protesting Hanif’s comments, Rizvi said Awami which is now talking about Islam has made Islam its opponent since it assumed office in 2009. “It’s branded many religious people as militants while Awami League leaders and their intellectuals made derogatory comments about Islam at different times.”

Describing Awami League as an opportunist party, he said the party has no ideology and principle. “They (AL) can do anything and use anybody to hang onto power. They sometimes become Islamic (party), and sometimes atheist and secular changing their colour. Awami League has exposed its opportunist character repeatedly to make its political gains.”

He questioned when India is strongly supporting the current government how a plot can be hatched against it on the soil of that country.