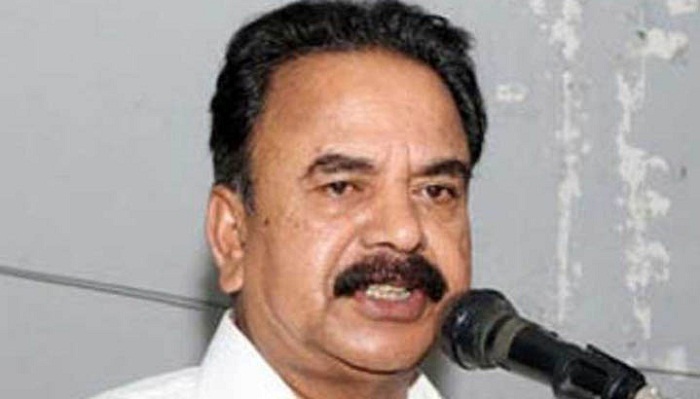 BNP senior leader Gayeshwar Chandra Roy on Monday said there is a chance of creating another 1/11 episode and politicians may land in jail altogether in the near future as the government is taking the country towards a wrong direction.

“The way the government is taking the country to a wrong direction, we (BNP leaders) will have to go to jail in the near future, and we’ll also meet them (ruling party leaders) a few days later. We’ll enjoy together in jail!” he quipped.

The BNP leader came up with the remarks while speaking at a discussion meeting arranged by ‘Democratic Movement’ at the Jatiya Press Club in memory of eminent journalist Sadek Khan who died on May 16 at the age of 83.

Gayeshwar, a BNP standing committee member, said, “What the prime minister is doing now and how Inu (Information Minister) is instigating her, I think there’ll be a grand get together in jail. “Perhaps we’ll go first and clean the prison to receive them later. But, we all go must.”

Recalling the mass arrest of politicians during the 1/11 political changeover in 2007, he said Motiur Rahman Nizami (executed war criminal) used to lead prayers in prison where AL leader Sheikh Fazlul Haq Selim and others had joined the prayers behind him (Nizami). “They also used to sit together, recite Quran and discuss religious issues there. It mean snake, mongoose and frog had been there in jail together.”

The BNP leader warned his party colleagues that no one will be able to escape the repressive acts, even if they try to keep the government happy using techniques.

He urged BNP leaders and activists to get united taking a vow to restore democracy by making any kind of sacrifice.

Gayeshwar criticised a section of media for what he said publishing ‘one-sided’ news regarding the arrest of journalist Shafik Rehman and BNP leader Aslam Chowdhury.

“The media now can’t write about the government’s misdeeds. Action is taken if any media writes anything against it. So, media now find only the faults of BNP as they don’t have any courage to find that of the government.”