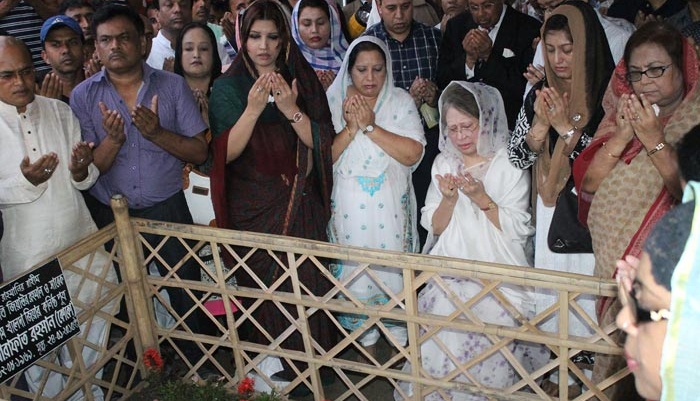 BNP Chairperson Khaleda Zia on Sunday night offered fateha at the graves of her husband Ziaur Rahman and younger son Aarafat Rahman Koko on the occasion of Shab-e-Barat.

The BNP chief first went to Koko's grave at Banani graveyard around 8pm and stayed there for around 20 minutes. She along with her relatives and party leaders offered fateha at her son's grave, UNB reports.

A munajat was also offered seeking salvation of the departed soul of Koko, Ziaur Rahman and Khaleda's mother Toyeba Majumdar.

On her way back home, Khaleda also visited the grave of her husband late president Ziaur Rahman at Sher-e-Bangla Nagar and offered fateha there.