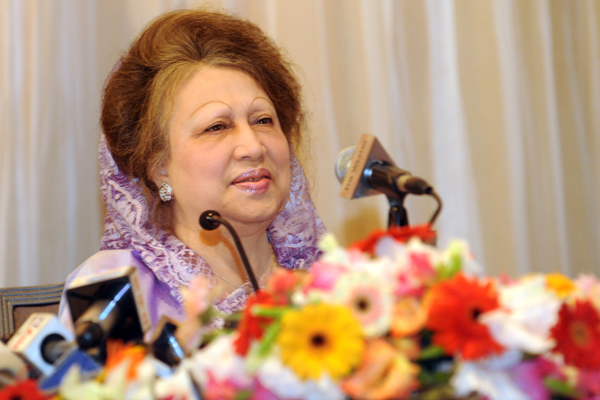 BNP Chairperson Begum Khaleda Zia today has said that ruling Awami League is being pretending to be secular though no reflection is being taken place. None is safe to them including Muslim, Hindu, Buddhist, Christian and foreigners. On the other hand, BNP has already proved itself to be secular with its work.

The BNP chief came up with the statement while exchanging views on the occasion of Buddha Purnima at the Gulsan’s party office.

Khaleda claims that the responsible persons of recent killings are residing under the blanket of the ruling party men so they are being out of reach.

“Not Awami League, rather BNP is the real party which is instilled with liberation war”, she added.