Central leaders of 14-party alliance to visit Chittagong May 24 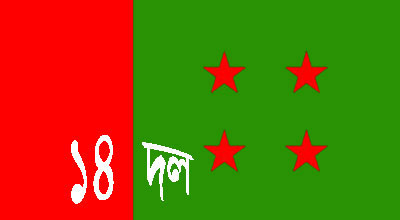 The central leaders of the alliance will address a public rally at Laldighi Maidan in the port city at 3 pm on the day.

A statement issued today by 14-party alliance's office coordinator and deputy office secretary of Awami League Advocate Mrinal Kanti Das said that as part of its central programme in protest against the BNP-Jamaat combine's repeated secret killings, terrorism, anarchy, militant activities and anti-democracy and anti-state conspiracies, the leaders of the alliance will pay a visit to Chittagong city to take part in the public rally there.

The Chittagong visit of the 14-party alliance leaders is also aimed at lodging protest against shameless falsehood resorted to by BNP-Jamaat combine against Bangabandhu's grandson and Prime Minister Sheikh Hasina's son Sajeeb Wazed Joy and its conspiracy with Israeli intelligence agency, Mossad, to destabilise the country.

Chittagong City Awami League president and a leader of the 14-party alliance ABM Mohiuddin Chowdhury will chair the public rally.