Jatiya Party walks out of JS 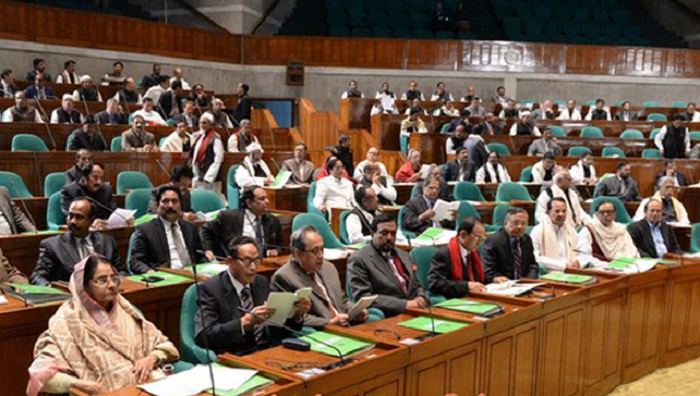 The main opposition of the tenth parliament Jatiya Party’s law makers has staged a walkout from the parliament session just after Asr prayers protesting the Supreme Court Judges Remuneration and Privileges Bill 2016.

Earlier on the day, some MPs taking floor on point of order harshly criticised the High Court's judgment scrapping the 16th amendment to the Constitution.

Following the demand of the MPs, Law, Justice and Parliamentary Minister Anisul Huq placed his statement under the rule 300 of the rules of procedure on the HC's judgment.

After the statement, the law minister placed a bill seeking rise of remunerations of the judges amid huge protest from MPs that prompted Jatiya Party MPs to stage walkout from the House.

Later, the House with Speaker Dr Shirin Sharmin Chaudhury in the chair sent the bill to the concerned parliamentary standing committee for scrutiny and sent it back to the House within 90 days.

However, Jatiya Party lawmakers rejoined the session at 6:15pm.