Bangabandhu Satellite to be in the orbit in 2017 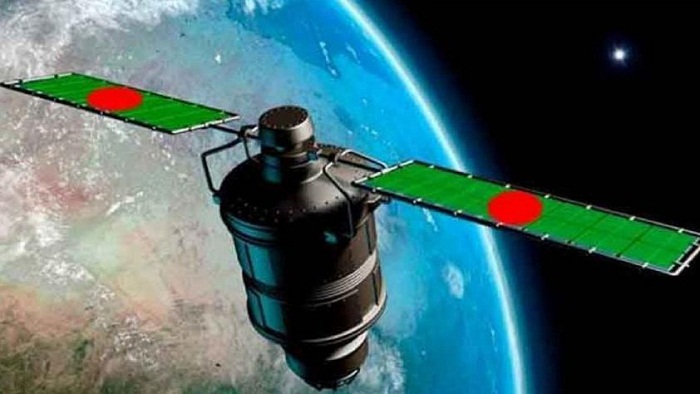 Prime Minister Sheikh Hasina on Wednesday said the much awaited Bangabandhu Satellite-1, the first ever such venture in Bangladesh, would be launched into the space in 2017.

Bangladesh Telecommunication Regulatory Commission (BTRC) already singed an agreement to this effect with the Intersputnik International Organization of Space Communication for lease of an orbital slot at 119.1 Degree longitude for the satellite, BSS reports.

Replying to a question from treasury bench member Monirul Islam, the Prime Minister said construction of the Taka 2,967.95 crore satellite has already begun. Under the project, she said, two ground stations, one in Gazipur and the other in Betbunia, are being constructed.

Sheikh Hasina said the satellite would ensure uninterrupted telecommunication and broadcasting all over the country and its water territorial areas side by side with expanding satellite technology and services.

The Prime Minister said the Bangabandhu Satellite-1 would have 40 transponders, out of which 20 would be used for the country and the 20 others would be given on lease to the Middle-east and the neighbouring countries.

The satellite would save around US$ 14 million a year and also create opportunities for earning huge foreign exchange, the Prime Minister said.