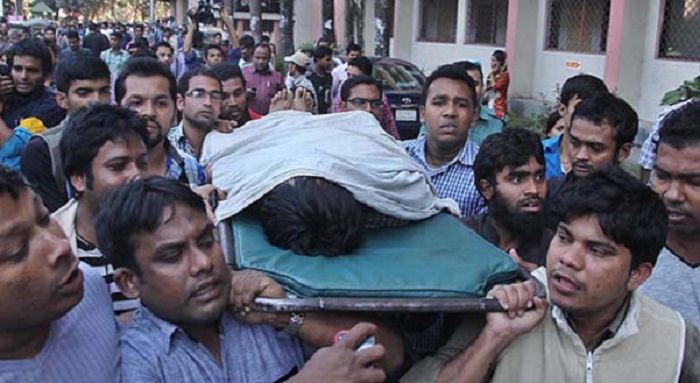 The Police Bureau of Investigation (PBI) on Monday pressed charges against some 29 leaders and activists of Bangladesh Chhatra League (BCL) of Chittagong University (CU) over the killing of its student Taposh Sarkar.

Taposh, a 1st year student of Sanskrit Department of the university, was shot to death at Shah Amanat dormitory of the university during a clash between two factions of BCL over establishing supremacy on December 14, 2014.

On December 17, Hafizur Islam, a friend of Taposh, filed a case with Hathazari Police Station in this regard.

Ashrafuzzaman Asha, deputy cultural affairs secretary of the CU unit BCL, was the prime accused in the case.