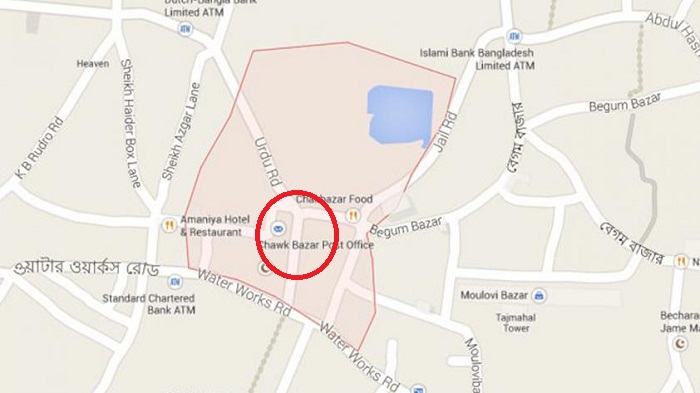 Three people, including a trader, suffered burn injuries when a local criminal reportedly threw hot water on them in Chawkbazar area of Old Dhaka on Friday for the refusal to pay him toll.

Abdur Rob, who is a resident of East Islampur in Chawkbazar, claimed that local extortionist Maruf Hossain Khoka had long been demanding Tk 10 lakh as toll over the construction of a road near his house which he refused to pay.

Khoka called Rob out of his residence after Juma prayers today. When he along with his son came out of the house, Khoka took a tea kettle containing hot water from a nearby tea stall and threw it at them, Rob said.

Rob along with his son and passerby Hossain Sarder sustained injuries in the incident.

They were admitted to Dhaka Medical College Hospital.

Contacted, officer-in-charge of Chawkbazar Police Station Shamim-ur-Rashid Talukder said they heard that Khoka, who is involved in Awami League’s politics, hurled hot water on the victims.