Bird Brain? Crows Can Be as Clever as Chimps 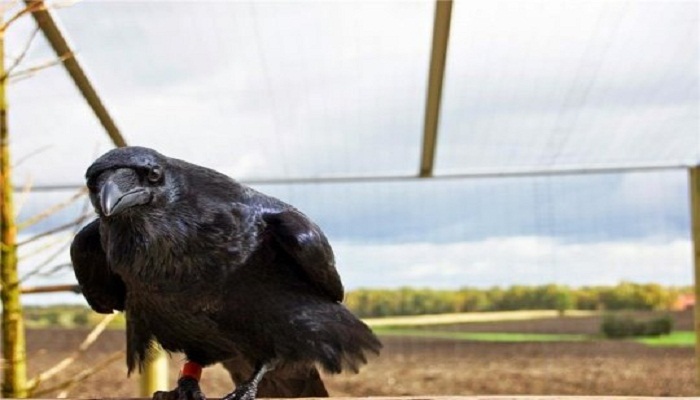 A study led by researchers at Lund University in Sweden suggests that ravens can be as clever as chimpanzees, despite having much smaller brains, indicating that rather than the size of the brain, the neuronal density and the structure of the birds' brains play an important role in terms of their intelligence.

"Absolute brain size is not the whole story. We found that corvid birds performed as well as great apes, despite having much smaller brains," says Can Kabadayi, doctoral student in Cognitive Science.

Intelligence is difficult to test, but one aspect of being clever is inhibitory control, and the ability to override animal impulses and choose a more rational behaviour. Researchers at Duke University, USA, conducted a large-scale study in 2014, where they compared the inhibitory control of 36 different animal species, mainly primates and apes. The team used the established cylinder test, where food is placed in a transparent tube with openings on both sides. The challenge for the animal is to retrieve the food using the side openings, instead of trying to reach for it directly. To succeed, the animal has to show constraint and choose a more efficient strategy for obtaining the food, reports SD.

The large-scale study concluded that great apes performed the best, and that absolute brain size appeared to be key when it comes to intelligence. However, they didn't conduct the cylinder test on corvid birds.

Can Kabadayi, together with researchers from the University of Oxford, UK and the Max Planck Institute for Ornithology in Germany, therefore had ravens, jackdaws and New Caledonian crows perform the same cylinder test to better understand their inhibitory control.

The team first trained the birds to obtain a treat in an opaque tube with a hole at each end. Then they repeated the test with a transparent tube. The animal impulse would naturally be to go straight for the tube as they saw the food. However, all of the ravens chose to enter the tube from the ends in every try. The performance of the jackdaws and the crows came very close to 100%, comparable to a performance by bonobos and gorillas.

"This shows that bird brains are quite efficient, despite having a smaller absolute brain size. As indicated by the study, there might be other factors apart from absolute brain size that are important for intelligence, such as neuronal density," says Can Kabadayi, and continues:

"There is still so much we need to understand and learn about the relationship between intelligence and brain size, as well as the structure of a bird's brain, but this study clearly shows that bird brains are not simply birdbrains after all!"