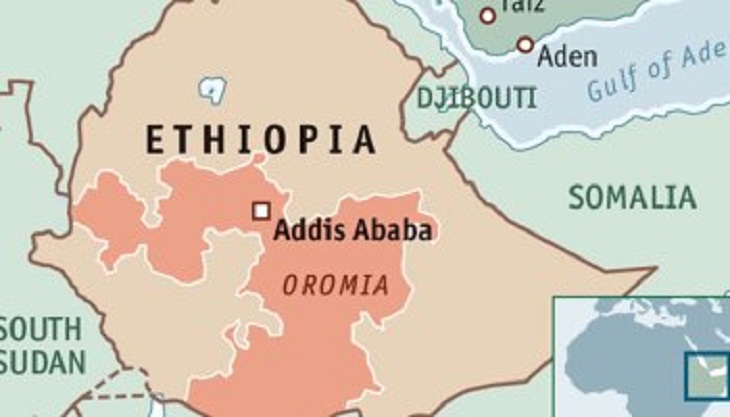 The violence was sparked after an NGO car with an Ethiopian driver ran over and killed two children from the Nuer ethnic group in a camp for South Sudanese refugees on Friday, the sources told AFP.

In response, a group of refugees attacked Ethiopians living around the camp, killing 10 men and women.

Ethopians from the Anuak ethnic group -- traditional rivals of the Nuer -- then marched on the city of Gambela, killing four Nuer Ethiopians in separate incidents on Saturday and Sunday.

"People are angry, we want revenge. If the police hadn't got involved, plenty of Nuer would have been killed," Addis Alemayu of the Anuak group said.

"With all these refugees coming from South Sudan, things are only getting worse... this is our land, we were here before them."

Protesters also attacked buildings and vehicles belonging to the United Nations, which they accuse of aiding Nuer refugees. "Protesters broke open the entry gate to one of our residences and destroyed a vehicle," said Stephanie Savariaud, spokeswoman for the UN's world food programme in Ethiopia.

Groups also targeted the offices of Doctors Without Borders (MSF), damaging some of the aid organisation's vehicles and forcing staff to stay in a city hotel.

Gambela has a population of 300,000 but has taken in 270,000 mainly Nuer refugees fleeing the conflict in neighbouring South Sudan. Several different ethnic groups live in the town and violence between them is frequent.