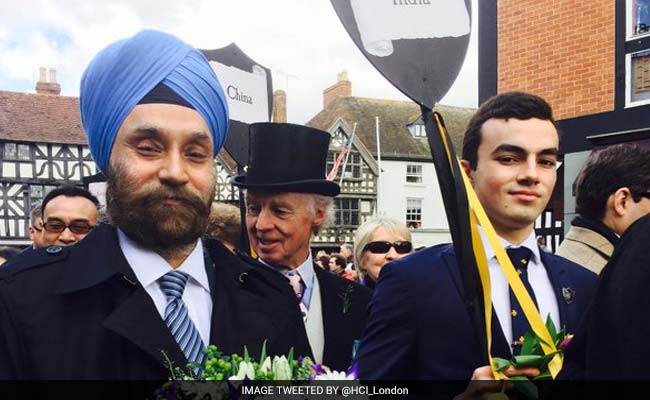 London:  India was not unknown to iconic playwright William Shakespeare whose depiction showed the country as "exceptionally rich" with precious stones, its people deeply religious and its women famed for their dark beauty, Indian High Commissioner to the UK Navtej Sarna said.

Speaking on behalf of the diplomatic corps at the 452nd birthday celebrations yesterday of the Bard at Stratford-upon- Avon, his birthplace, Mr Sarna said: "Shakespeare lived for the most part of his life at the time when India was ruled by Akbar, the great Moghul."

"Yet India was not unknown to Shakespeare... he picked up information and stories from sailors in London and his imagination did the rest. His India is exceptionally rich, famous for its precious pearls and stones, its people are deeply religious and its veiled women were famed for their dark beauty."

He noted that there are various references to India in Shakespearean plays, with four references in "A Midsummer Night's Dream".

"The earliest reference to India occurs in "King Henry VI" (Act III, Scene I): "My crown is on my heart, not on my head; not decked with diamonds and Indian stones, nor to be seen: my crown is called content, a crown it is that seldom kings enjoy."

There are other references too in "Troilus and Cressida", "The Merchant of Venice" and "All's Well that Ends Well". Sarna said that by the mid-1700s, less than 150 years after the world's pre-eminent dramatist's death, his plays had started being enacted in Calcutta and Bombay, for the entertainment of European traders.

"The earliest dramatisations of Shakespeare by Indians were of scenes in schools and colleges. 1822 is the first such known performance at Hindu College, Calcutta. It initiated a tradition which had continued to this day. In the next 100 years, the first translations of Shakespeare in an Indian language were ready," he said.

The High Commissioner said it was only a matter of time before filmmakers in India began to mine Shakespeare for material.

"In one of the earliest talking movies or talkies as they were known, the filmmaker and actor Sohrab Modi played Hamlet in his movie called "Khoon" (1935). This was followed in 1941, J J Madan's take on "The Merchant of Venice" - "Zalim Saudagar".

"These earlier formalistic and more faithful representations of Shakespeare have given way in independent, post-colonial India to freer transplanting of Shakespeare to fit into local modern Indian settings, be these in glamour- laden Bollywood adaptations of Comedy of Errors or of Romeo and Juliet or in tense angst-ridden films like "Maqbool" (Macbeth), "Omkara" (Othello) and "Haider" (Hamlet).