Obama to use Germany visit to push trans-Atlantic trade deal 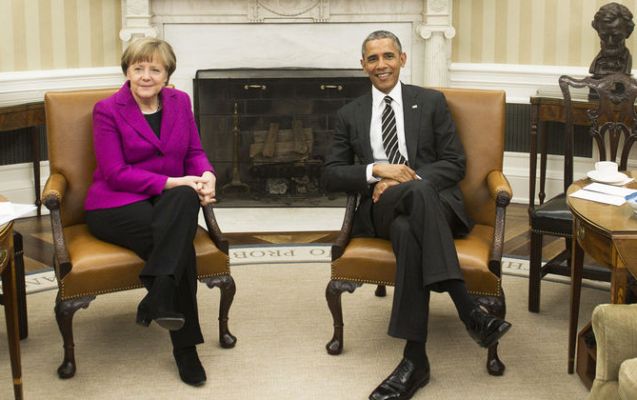 President Barack Obama hopes to build momentum during a two-day visit to Germany to help push a trans-Atlantic trade deal between the U.S. and Europe over the finish line. He knows a tough sell awaits him, particularly in Germany where the opposition is fierce.

Other issues will be on the table when Obama and German Chancellor Angela Merkel meet Sunday for talks, chiefly efforts to counter the Islamic State group, improve cooperation on counterterrorism measures, and encourage countries to share law enforcement information. IS says it was responsible for attacks that killed 30 people in Brussels last month.

Obama also wants to give Merkel a public pat on the back for her "courageous" handling of the migrant issue. Her decision to allow the resettlement in her country of hundreds of thousands of people fleeing violence in Syria and other Middle Eastern conflict zones caused an angry domestic backlash.

Merkel recently helped European countries negotiate a deal with Turkey to help stem the migrant flow, but she and the other leaders are now being pressured to revisit it.