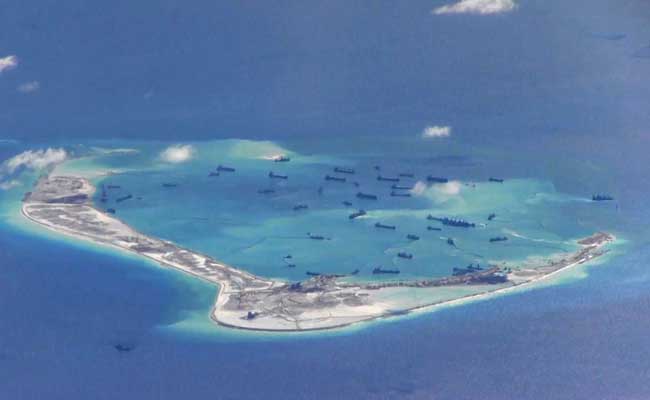 Beijing:  China is edging closer to building its first floating maritime nuclear power platform with the prospects of deploying it in the disputed South China Sea, a state-run daily said even as the Foreign Ministry declined to react, saying it had not heard of the plans.

The Global Times in a recent report said the nuclear platforms could significantly boost the efficiency of the country's construction work on islands in the strategic South China Sea.

It said the nuclear power platforms could "sail" to remote areas and provide a stable power supply.

China Shipbuilding Industry Corp, the company in charge of designing and assembling the platforms, is "pushing forward the work", said Liu Zhengguo, the director of its general office.

"The exact number of plants to be built (by CSIC) depends on the market demand," he said, without confirming or denying the reported number.

"Judging by various factors, the demand is pretty strong," Liu said, adding the construction of the platforms is "based on mature technology."

He emphasised that the plants are mainly for civilian use, such as providing electricity for oil drilling platforms.

The daily quoted a report published by eworldship.com, a Shanghai-based shipbuilding industry website, that Bohai Shipbuilding Heavy Industry Company (BSHIC), a ship assembly enterprise under the CSIC, will be responsible for building China's first maritime nuclear power platform, and the CSIC will build about 20 such platforms "in the future."

The report said a group of experts has reviewed and discussed the technical plan on the construction of the platform proposed by Institute 719, which is also under the CSIC, and reached a unanimous conclusion.

Chinese Foreign Ministry spokeswoman Hua Chunying, however, declined to react and played down the story as a media report.

"What you said is a media report. I have not heard about that," Ms Hua said, when asked about the report the Global Times.

The construction of the first maritime nuclear power platform, which serves as a demonstration project, is expected to be completed by 2018 and be put into use by 2019, China Securities Journal reported in January.