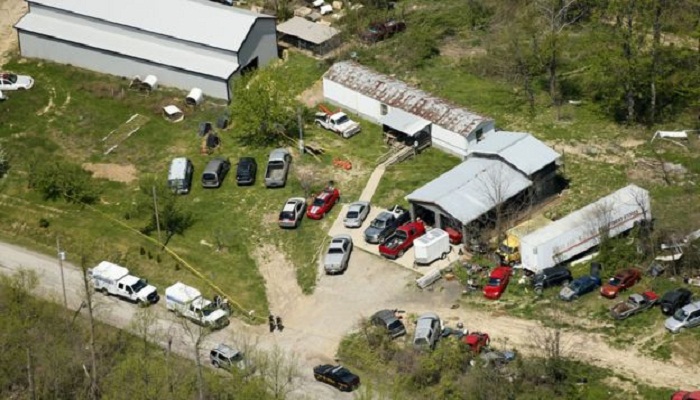 All living things require nitrogen for survival, but the world depends on only two known processes to break nitrogen's ultra-strong bonds to allow conversion to a form humans, animals and plants can consume. One is a natural, bacterial process on which farmers have relied since the dawn of agriculture. The other is the century-old Haber-Bösch process, which revolutionized fertilizer production and spurred unprecedented growth of the global food supply.

"We live in a sea of nitrogen, yet our bodies can't access it from the air," says Utah State University biochemist Lance Seefeldt. "Instead, we get this life-sustaining compound from protein in our food."

But now, Seefeldt and colleagues announce a light-driven process that could, once again, revolutionize agriculture, while reducing the world food supply's dependence on fossil fuels and relieving Haber-Bösch's heavy carbon footprint. The research team, which includes USU's Seefeldt, Derek Harris, Andrew Rasmussen and Nimesh Khadka; Katherine A. Brown and Paul W. King of Colorado's National Renewable Energy Laboratory; Molly Wilker, Hayden Hamby and Gordana Dukovic of the University of Colorado and Stephen Keable and John Peters of Montana State University, publishes findings in the April 22, 2016 issue of the journal Science.

"Our research demonstrates photochemical energy can replace adenosine triphosphate, which is typically used to convert dinitrogen, the form of nitrogen found in the air, to ammonia, a main ingredient of commercially produced fertilizers," says Seefeldt, professor in USU's Department of Chemistry and Biochemistry and an American Association for the Advancement of Science Fellow.

Any way you slice it, he says, nitrogen fixation is an energy-intensive process.

"The Haber-Bösch process currently consumes about two percent of the world's fossil fuel supply," Seefeldt says. "So, the new process, which uses nanomaterials to capture light energy, could be a game-changer."

"Using light directly to create a catalyst is much more energy efficient, says Brown, NREL research scientist. "This new ammonia-producing process is the first example of how light energy can be directly coupled to dinitrogen reduction, meaning sunlight or artificial light can power the reaction."

Energy-efficient production of ammonia holds promise not only for food production, but also for development of technologies that enable use of environmentally cleaner alternative fuels, including improved fuel cells to store solar energy.

In addition to its practical applications, the research sheds light on fundamental aspects of how bacterial enzymes known as nitrogenases function; an area of chemistry Seefeldt has studied for nearly two decades, reports SD.

The research at USU was supported by the U.S. Department of Energy.