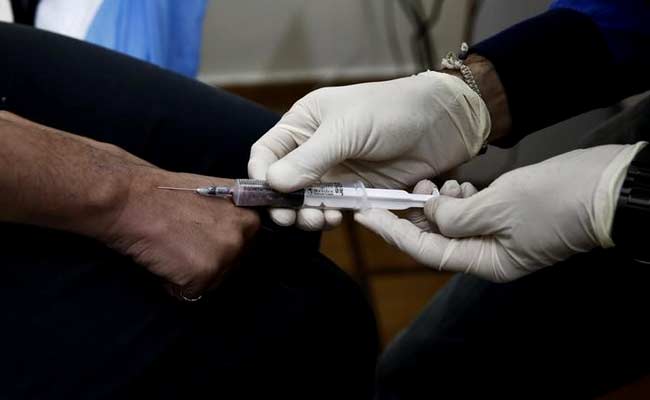 Scientists have developed a structure-based vaccine design that can jump start an effective immune response to HIV by rapidly offsetting antibodies against the virus, which so far have been unsuccessful.

Previous studies have shown that the immune system can produce antibodies capable of "neutralising" HIV, and stopping the AIDS-causing virus dead in its tracks.

However, only less than a third of human bodies can produce "broadly neutralising" antibodies in response to the HIV infection.

Further, it also takes a year or more before the production gets into full swing.

Researchers have isolated antibodies with a loop-like structure that binds tightly to HIV and disables it.

The findings, reported in the Proceedings of the National Academy of Sciences, revealed that the structure might aid in swiftly inducing the broadly neutralising antibodies against HIV even in people who have not been exposed previously to the deadly virus.

"A vaccine that 'presents' the HIV sequence recognised by such antibodies would increase the chance that a large proportion of the vaccinated population could respond to the virus with a broad and potent antibody response," said led researcher James Crowe Jr, professor at Vanderbilt University in US.

The antibodies' loop-like structure is made up of 28 amino acids that are strung together in different combinations.

The team used a computer programme called "Rosetta" to identify which amino acid sequences bound most tightly to HIV.

They then used the same programme in silico (via computer modelling) to optimise the sequences in a way that simulated a vaccination event.

Finally, they fused these sequences onto a type of monoclonal antibody, called PG9, which is known to be a "broad neutraliser" of the virus.

The results showed that the re-engineered antibodies effectively neutralised HIV.