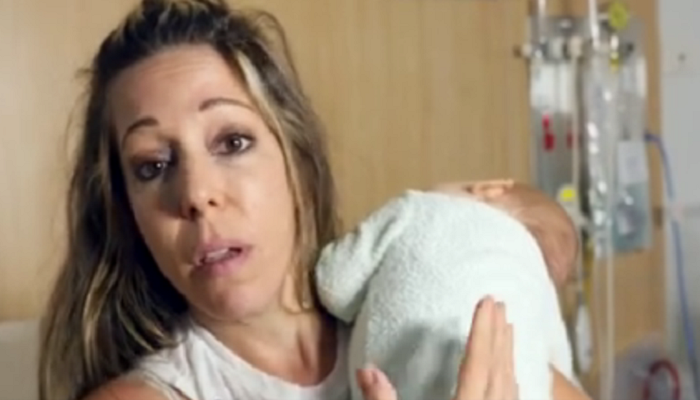 An Australian mother has said she regrets refusing the whooping cough vaccination during pregnancy after she passed the potentially fatal infection to her newborn baby.

Cormit Avital said she had turned down the vaccination because she was a "healthy, fit, organic woman".

She caught the disease shortly before giving birth and passed it to Eva, who has spent a month in intensive care.

Ms Avital recorded a video warning about her "nightmare" experience.

"If I could turn back time I would protect myself," she said, in the video released by Gold Coast Health, the Queensland state health authority.

'A lot of suffering'

Ms Avital contracted whooping cough, also known as pertussis, around the time she gave birth, and was told she had passed it to Eva.

"For a moment there you think they're dead in your hands. [It's] a lot of suffering for a tiny little cute thing you love so much."

It is also known as pertussis and is caused by a species of bacteria, Bordetella pertussis

It mostly affects infants, who are at highest risk of complications and even death

The earliest signs are similar to a common cold, then develop into a cough and can even result in pneumonia

Adults can be infected - but the infection often goes unrecognized

She is likely to be released from hospital in coming weeks.

Dr Buynder said more than 20,000 pertussis cases were recorded in Australia last year, and "sadly this is becoming more common".

"There's always a feeling of pregnancy being this special state and you don't want to put anything into your body, but what's really bad for your baby is to get whooping cough or influenza", Dr Buynder added.

Newborns are highly susceptible to the infection until they start vaccination at two months old.