Burn Institute to be a milestone in history: Nasim 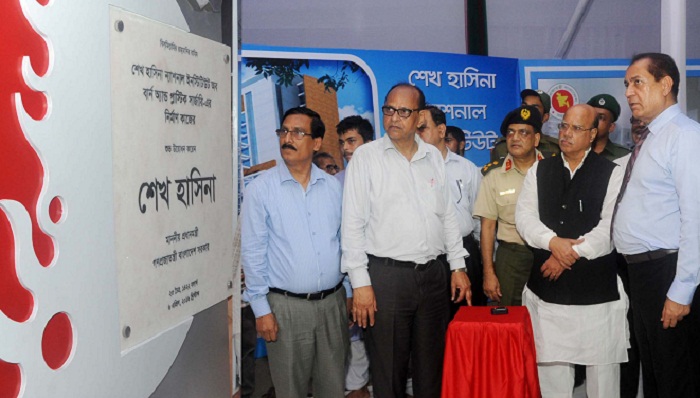 Health and Family Welfare Minister Mohammad Nasim Tuesday said the Burn and Plastic Surgery Institute would be a milestone in the history in saving the lives of burn victims.

He said this while talking to reporters when he paid a visit to see for himself the progress of work relating to laying of foundation stone of 'Sheikh Hasina National Burn and Plastic Surgery Institute' in the city.

Prime Minister Sheikh Hasina will formally inaugurate the construction work of the Institute at Chankharpool in the city at 10 am on Wednesday, BSS reports.

The minister said, "The Institute would be constructed for those victims, who suffer burn injuries in sudden incidents, to ensure their return to healthy life in future."

Referring to BNP-Jamaat combine's torching of public and private properties in the name of so-called movement, Mohammad Nasim said, "In their bid to resist the national polls of 2014, the BNP-Jamaat killed people and inflicted burn injuries on hundreds of others by setting them on fire to meterialise their evil design. Many of those people with burn injuries got back their normal life after treatment in the institute, which will remain as a milestone in the history."