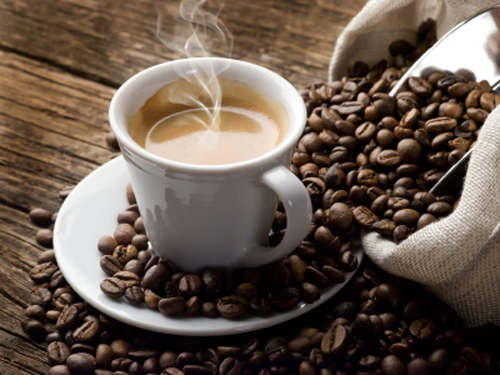 Coffee lovers, rejoice! Drinking coffee, including decaf, instant and black, may decrease the risk of colorectal cancer, according to a new study which found that the benefits increase with more consumption.

Participants reported their daily consumption of boiled (espresso), instant, decaffeinated and filtered coffee, as well as their total consumption of other liquids.

A questionnaire also gathered information about many other factors that influence the risk of colorectal cancer, including family history of cancer, diet, physical activity and smoking.

"We found that drinking coffee is associated with lower risk of colorectal cancer, and the more coffee consumed, the lower the risk," said Stephen Gruber from USC.

The data showed that even moderate coffee consumption, between one to two servings a day, was associated with a 26 per cent reduction in the odds of developing colorectal cancer after adjusting for known risk factors, researchers said.

Moreover, the risk of developing colorectal cancer continued to decrease to up to 50 per cent when participants drank more than 2.5 servings of coffee each day, they said.

The indication of decreased risk was seen across all types of coffee, both caffeinated and decaffeinated.

"We were somewhat surprised to see that caffeine did not seem to matter. This indicates that caffeine alone is not responsible for coffee's protective properties," said Gruber.

Coffee contains many elements that contribute to overall colorectal health and may explain the preventive properties.

Melanoidins generated during the roasting process have been hypothesised to encourage colon mobility. Diterpenes may prevent cancer by enhancing the body's defence against oxidative damage, they said.

The findings were published in the journal Cancer Epidemiology, Biomarkers and Prevention.