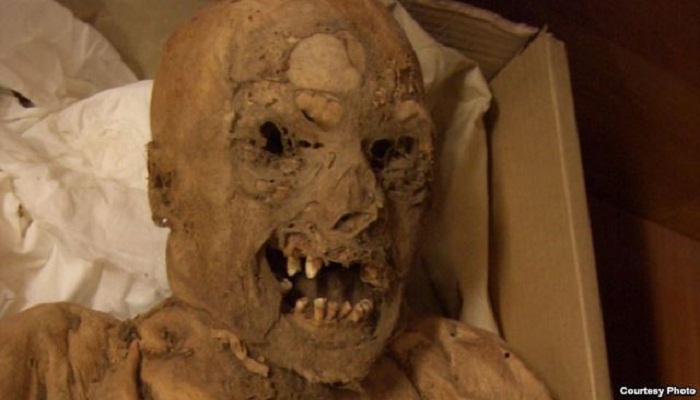 Mummies are providing clues to the evolution of colon cancer.

In 1995, more than 265 mummies were excavated from sealed crypts in the Dominican church in Vac, Hungary. The bodies, identified from their dress as priests and townsfolk, had mummified in the cool and dry conditions for more than 250 years.

An archive of their tissue samples has attracted researchers worldwide, including a team from Tel Aviv University's Sackler Faculty of Medicine, which has turned to the mummies to study the history of colon cancer.

The research was led by Tel Aviv University microbiologist Rina Arbesfeld of the Department of Clinical Microbiology and Immunology. The scientists hoped the mummies' DNA could shed light on whether the increase in the "incidence of cancer today is the result of man's manipulation of nature alone," Arbesfeld said.

The church mummies presented a rare opportunity for the biologists. The naturally desiccated Hungarian mummies had lost their body fluids slowly and naturally, which is quite different from the method used by Egyptians, who deployed special embalmers to carry out the task quickly over a period of two or three months.

The Hungarian mummies retained tissue that could be better analyzed for evidence of disease.

"It presents an ideal opportunity to carry out a detailed genetic analysis and test for a wide variety of pathogens," said research team member Israel Hershkovitz of Tel Aviv University's Department of Anatomy and Anthropology.

"But eventually, after quite a lot of tries, we were able to find one specific mutation in a gene called APC that we know these days is involved with the development of cancer," Arbesfeld said.

Arbesfeld hypothesizes that, had our ancestors with the genetic mutation for colon cancer lived long enough, they would have developed the disease.

"Just like us, in the same setup, the same sequence of events, which one mutation leads to another and then to another because the APC gene is the gatekeeper of the disease," she said.

Arbesfeld’s next step to sequence samples from other sources for a larger follow-up study because, she says, understanding the genetic past can better explain the present and help predict the future.