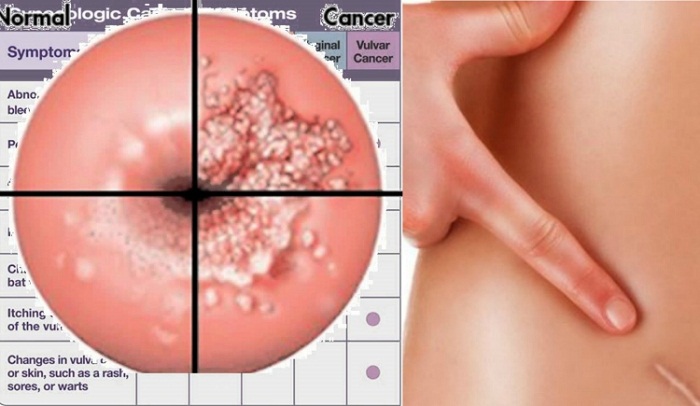 "When I first had bleeding I thought it might be something to do with menopause, but then it became more serious and I was in a fix ... shared it with my sister . . . she advised me to see a gynecologist. Being told I had cancer was terrifying, as I knew it meant having my cervical removed followed by weeks of radiotherapy," said Khadiza Begum.

The 56-year-old cervical cancer survivor continued: "But in the end it was all worth for me as I am cancer-free today. So, it's very important for the women, who have symptoms like bleeding after menopause, to rush to doctors,as early detection of cancer can save a life."

Not only Khadiza, it's a total scenario of the women community in Bangladesh who are affected by cervical cancer. Cancer is a disease in which the cells in the body develop out of control. When cancer starts in the cervix, it is called cervical cancer. Cervical cancer is often deadly as it spreads to other parts of the body.

According to a survey report by WHO/ICO HPV Information Centre, cervical cancer is the one of the main reasons for the death of women in the world. In the present world, a woman dies of cervical cancer in every two minutes. It is a major public health hazard and it is the second most common cancer in women worldwide which is a leading cause of deaths of women in the developing countries.

In Bangladesh, around 12,000 women are diagnosed with cervical cancer in every year, and more than 6,500 die from the disease, the report added.

Cervical cancer is often silent. In the early stages there are usually no symptoms and that's the purpose of screenings to pick up abnormal cells before it's too late. Doctors suggest abnormal vaginal bleeding such as between menstrual periods, after sex, or after menopause, pain during sex and a significant unexplained change in the menstrual cycle are some of the symptoms of cervical cancer. They also warn against early marriage and frequent child bearing.

The most common symptom of cancer is bleeding between periods or after sex. But doctors said no woman should die of cervical cancer as it can be treated and cured if it is diagnosed early.

Experts said more than 95 percent of cases of cervical cancer can be prevented. This requires widespread awareness, increased screening and effective prevention and control measures that include Pap and HPV tests, VIA (visual inspection using acetic acid) and vaccination against HPV.

Once the cells of the cervix become malignant, it is important to identify the malignancy early to prevent mortality and reduce morbidity. Because cervical cancer is asymptomatic until its advanced stages. "Regular screening" is the only way to early diagnose of cervical cancer.

"It is a common virus that is infected from one person to another during sex. Unfortunately, at least half of sexually active people will have HPV at some point in their lives. However, not all women will get cervical cancer but all women are at elevated risk," he said.

Dr Raskin said the majority of cases occur in midlife rather than old age and it is one of the most common cancers in women under 35. "Preventative cervical screening programmes can cut cervical cancer death rates and provide a means of early detection. When cervical cancer is found early, it is highly treatable and is often associated with long survival and good quality of life outcomes."

Dr Afroza Sultana, the head gynecologist of the Obstetrical and Gynaecological Society of Bangladesh (OGSB) said: "It's hugely troubling that more women are dying of cervical cancer, but we shouldn't let this cloud the fact that the chances of surviving of the disease are still better than ever."

"This is due to better organisation's care for women cancers and more widespread use of one-stop clinics for post-menopausal bleeding, as well as advances in the use of surgery, chemotherapy and radiotherapy through clinical trials...it's clear we're making great progress, but we don't yet fully understand what's driving up cases of cervical cancer, so there's still lots more to do."

Dr Sultana thinks maintaining a healthy bodyweight can halve a woman's risk of this type of cancer and is one of the best ways to protect against the disease. "Women should also be aware of the symptoms of cervical cancer which include abnormal vaginal bleeding -- especially for post-menopausal women -- abdominal pain and pain during sex," she said.

"Although these symptoms don't usually mean cancer, as they could be signs of more common conditions like fibroids or endometriosis, it's still vital to get them checked by a doctor. If the disease is diagnosed earlier, the more likely treatment will be successful," she added.

Some of the government and non-government organizations in Bangladesh have taken initiatives to do this screening among reproductive age women for early detection of cervical cancer.

Experts said now the patients who are suffering from cervical cancer in Bangladesh would get treatment at an affordable price. The treatment facilities for the disease are now available at various hospitals in Dhaka city especially at National Institute of Cancer Research & Hospital, Bangabandhu Sheikh Mujib Medical University (BSMMU) Hospital, United Hospital, Delta Medical College & Hospital and outside Dhaka at Khwaja Yunus Ali Medical College & Hospital in Sirajganj.

They, however, opine that it's very important to have a national health policy regarding preventative screening, diagnosing and treating of pre-cancerous condition of the cervix to reduce the mortality rate for the cause of cervical cancer in Bangladesh.

Poet and lawmaker Kazi Rosy, who has survived the cancer for 21 years, said families and the society should extend their helping hands to increase the "mental strength" of the cancer-affected to fight the disease.