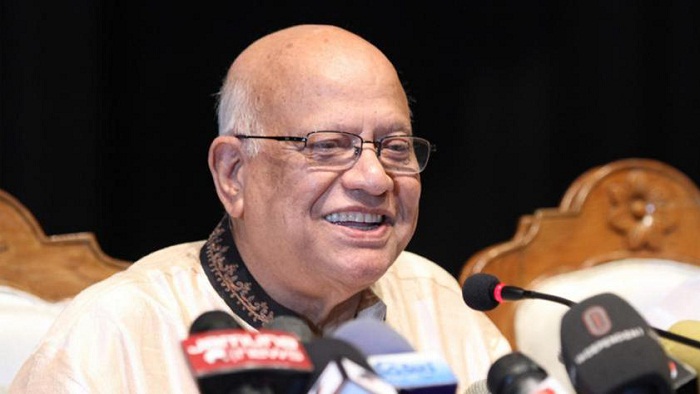 Finance Minister Abul Maal Abdul Muhith on Thursday said the outlay of the budget for the coming 2016-2017 fiscal could be as high as Taka 340,000 crore as he joined a government-sponsored pre-budget conference of leading financial watchdogs here.

"We are working on the size of the next budget . . . the expected outlay could be Taka 340,000 crore," he told the conference at the NEC auditorium at the Planning Ministry.

Muhith said the budget size would definitely be bigger than that of previous ones, but a major portion of the outlay would come from concessional funding for financing some mega projects while it would make increased allocation for development projects in the coming fiscal, BSS reports.

The minister, however, said the revised budget for the current fiscal could be reduced by 7.0 to 8.0 percent while its size was over Taka 2.95 lakh crore.

Muhith projected a 7.0 percent plus GDP growth for the next financial year, saying "this (target) would be achievable though it sounds ambitious".

The think tanks came up with a number of suggestions, including formation of a vulnerability fund, expanded budgetary allocation for various vital areas like education, health, women empowerment, electricity transition and railway, and strengthening of the capital market.

Among others, State Finance and Planning MA Mannan and National Board of Revenue (NBR) M Nojibur Rahman were present on the occasion.