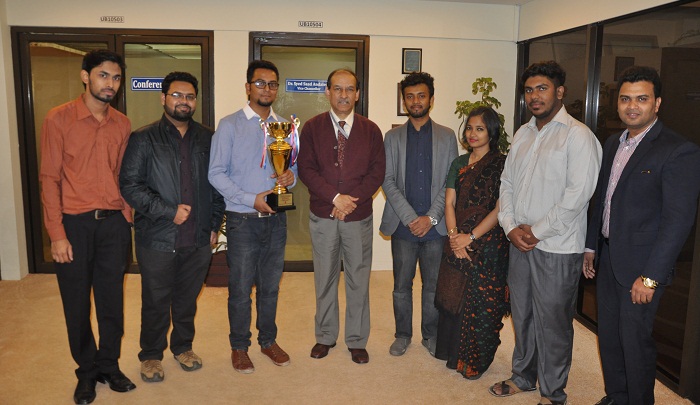 The main objective of this competition was to raise awareness among the young generation about the dark side of drug abuse through drama by depicting the dark destination of a drug addict.

Reputed theatre celebrity actor Azizul Hakim and Shahiduzzaman Selim and actress Afsana Mimi were the honorable judges of this program. All of them gave their valuable speech on the dark side of drug abuse and its all adverse effects. They said that today’s young generation is the foundation of this nation and if we cannot preserve them there will be no development of this society and the nation. They also encouraged the youths to take their social responsibility more enthusiastically so that they can remove the poison of drug from the society.

Analyzing all the criteria, the honorable judges announced the Drama 'Niraloker Golpo' presented by BRAC University Drama and Theatre Forum as the winner of the competition. Sultana Jahan Bithi from BRAC University was awarded the Best Actress award among all the participants.

The “Champion Trophy” was received by whole team of BRAC University Drama and Theater Forum.

The Drama was written and Directed by Abu Raihan Sudha and Syed Maruf Hossian Proteek.