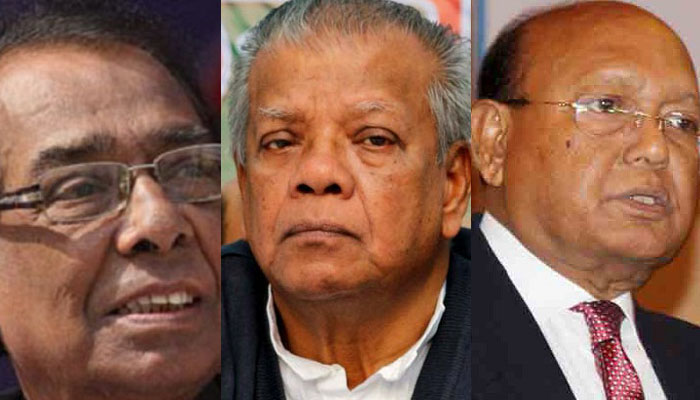 Some central leaders of the ruling Awami League thanked BNP Chairperson Begum Khaleda Zia for taking part in the upcoming union parishad (UP) polls in March.

“Khaleda made a great mistake by boycotting the January 5 national polls in 2014. She has realised that, which is why her party participated in the recently held municipal polls and has decided to join in the UP polls, too,” Awami League's Advisory Council member Suranjit Sengupta said at a discussion Saturday.

The discussion, titled “BNP follows policy of Pakistan,” was organised by Bangabandhu Sangskritik Jote at Shishu Kallyan Parishad in the capital.

In a separate event, Commerce Minister and Awami League's Advisory Council member Tofail Ahmed thanked Khaleda for deciding to join the UP polls as well.

“Thanks to Khaleda Zia for attending the municipal polls last month, and thanks for her positive approach towards the UP polls too,” he said at a conference of Awami League's Jhalakathi unit Saturday.

The minister further said the BNP leadership has realised its mistake of boycotting the 10th National Elections. “There is no alternative for Khaleda Zia, so she will join the 11th Parliamentarian Polls in 2019 under the supervision of Prime Minister Sheikh Hasina.”

In another programme in Chittagong, Housing and Public Administration Minister Engineer Mosharraf Hossain said Khaleda will be defeated again in 2019, as her party was defeated in the municipal polls.