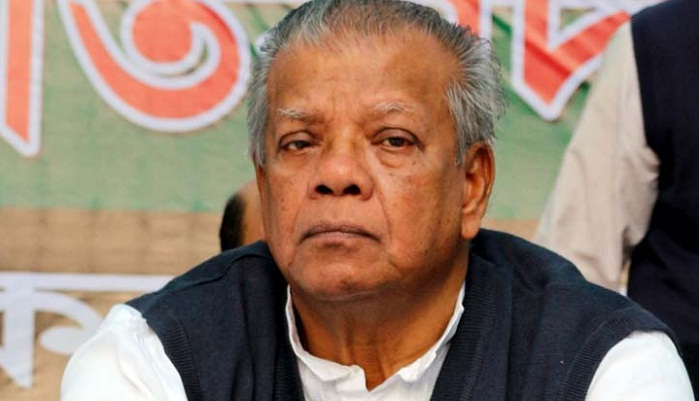 "As part of her propaganda conspiracy, she (Begum Zia) has now been uttering that 30 lakh people had not been martyred in the war of liberation and there is a controversy over the total figure of martyrs. In reality what Pakistan wants to say Khaleda Zia echoes the same," he said.

Amir Hossain Amu said, "Though Khaleda Zia is aloud about democracy, she, in reality, doesn't believe in democracy rather she believes in Pakistanism."

Listing the successes of the government of Prime Minister Sheikh Hasina, the senior leader of the ruling AL said, "Bangabandhu presented the country's independence and his daughter has been translating into reality her illustrious father's dream for building a 'Sonar Bangla' (golden state).

The post-liberation government of Bangabandhu could not complete demarking the country's boundary but his daughter implemented the Mujib-Indira land boundary agreement after 40 years and finalised the maritime boundary with India and Myanmar through international arbitration. All the credit goes to the bold and farsighted leadership of Sheikh Hasina for the country's achievements."

Inaugurating the council, Tofail Ahmed said there would have been a constitutional void in the country had the national polls of January 5 of 2014 not been held and taking it as a scope unconstitutional government would have usurped the state power.

He said BNP has now chosen the path of polls after its failure in its so-called movement to foil the national election to the 10th Jatiya Sangsad (Parliament). "Khaleda Zia didn't take part in January 5 polls but her party participated in the upazila and pourasabha polls with its election symbol 'sheaf of paddy' apparently seeking apology to the masses and she would also take part in the national polls of 2019 as it would not succeed in any movement in future," Tofail Ahmed added.