Khaleda Zia has no right to do politics: Noor 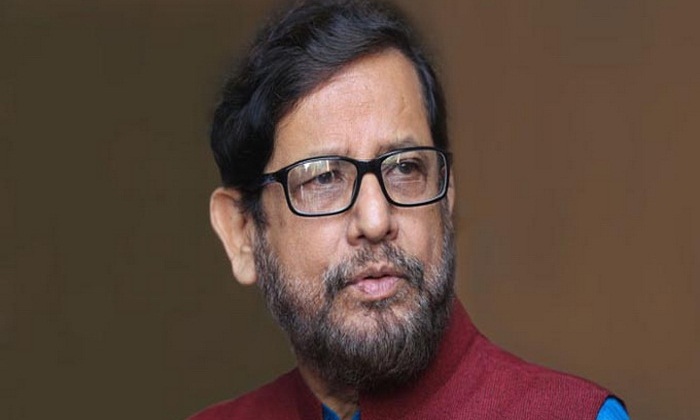 Cultural Affairs Minister Asaduzzaman Noor on Friday said BNP Chairperson Begum Khaleda Zia has no right to do politics in Bangladesh as she do not believe in its history and disrespected the supreme sacrifices of the Liberation War martyrs.

"Questioning the total figure of the Liberation War martyrs, Khaleda Zia has proved that she cannot be a citizen of Bangladesh," he said adding that those, who cannot believe the sacrifices of general people in the Liberation War and acknowledge the contribution of Father of Nation Bangabandhu Sheikh Mujibur Rahman, have no rights to do politics in Bangladesh.

The minister was addressing as the chief guest at a photo-exhibition, organised by Bangladesh Chhatra League (BCL) to mark its 68th founding anniversary on the premises of "Swoparjito Swadhinta" sculpture at Dhaka University, BSS reports.

Noor said the figure of the Liberation War martyrs is a indeed a document of tortures, atrocities and brutality perpetrated on the freedom-loving Bangalees during the 1971 War of Liberation by the Pakistani occupation forces and their collaborators.

"It is also a deed of supreme sacrifices of the greatest sons of this soil as well as a symbol of our patriotism," he said.

The minister urged the Bangladesh Chhatra League leaders and workers to follow the life and ideals of Bangabandhu and uphold the glorious history of the students organization. He said the history of Chhatra League glorifies all democratic movements of the past and realization of the rights of Bangalees.

"You will become appropriate workers of Chhatra League, when you can follow the ideals of Bangabandhu," he said.

Prime Minister Sheikh Hasina has emerged as the leader of the people repeatedly facing conspiracies and odds and showed the people the path of light.