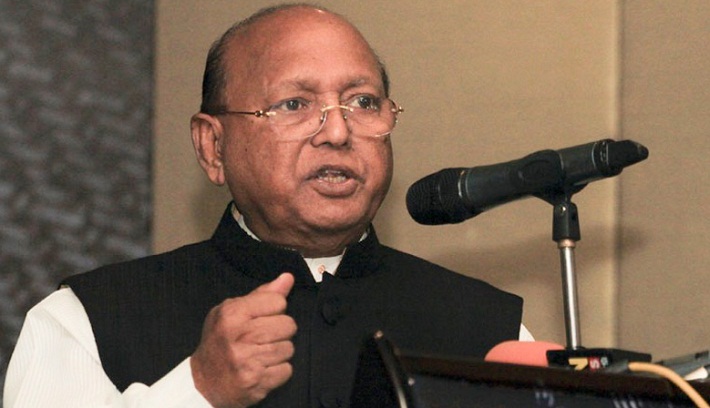 Awami League Advisory Council member and Commerce Minister Tofail Ahmed on thursday said BNP Chairperson Begum Khaleda Zia echoed the opinion of Pakistan raising a question on the numbers of the martyrs in the Liberation War.

"Begum Khaleda Zia questioned the numbers of Liberation War martyrs to distort the history of the country's independence," he said.

The Awami League leader was addressing as the chief guest the inaugural function of distribution of "Oshamapta Atmajiboni" (Unfinished Memoirs), an autobiography of Father of the Nation Bangabandhu Sheikh Mujibur Rahman, at the Shahbagh Public Library auditorium in the capital, BSS reports.

Bangladesh Chhatra League (BCL) organised the function on the occasion of its 68th founding anniversary.

Enamul Haque Shamim, joined the function, among others, with BCL President Saifur Rahman Sohag in the chair.

Tofail Ahmed said, "Bangabandhu delivered a speech at the Suhrawardy Udyan referring to the 30 lakh of martyrs (Three million). But, she (Begum Zia) remarked that there were controversies over the number of the Liberation War martyrs. Actually she echoed the opinion of Pakistan in this matter."

Begum Zia disrespected the martyrs and martyred intellectuals by questioning the numbers of martyrs, he added.

Tofail Ahmed said, "We have never been defeated in movements. As a result, we (Awami League) could come

to power under the farsighted leadership of Sheikh Hasina after 21 years. Those, who are defeated in movements, fail in election also. They cannot achieve victory."