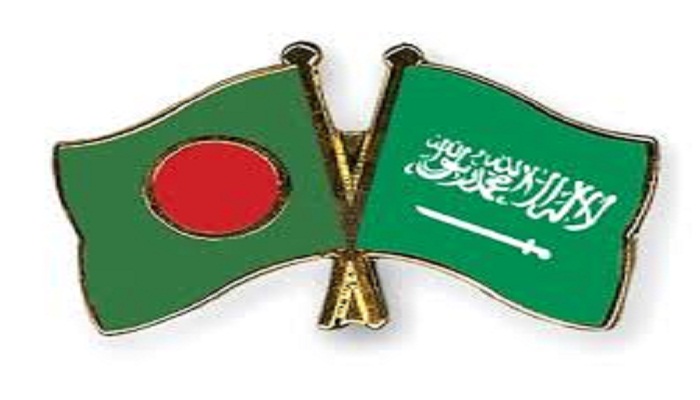 Bangladesh and Saudi Arabia (KSA) have expressed their firm resolve to cooperate in the fight against terrorism and extremism through meaningful cooperation.

The two Foreign Ministers reviewed the whole gamut of bilateral relations between the two countries as well as exchanged views on regional and international issues of mutual interest, including mutual cooperation, at the UN and other international fora including the OIC.

Both the ministers agreed to work on a number of instruments for cooperation on investment, culture and education, agriculture etc. ahead of the visit so that those could be signed during the visit.

They also agreed to sign the MoU on Foreign Office Consultation (FOC) between the two countries during the visit of the Bangladesh Prime Minister.

The Saudi Foreign Minister lauded the role of Bangladesh community in the Kingdom which is contributing to the economic development of both the nations.

He also agreed to have further cooperation in recruiting more skilled and semiskilled workers from Bangladesh, including doctors and nurses.

Mahmood Ali further briefed about recent developments in Bangladesh as well as described pool of quality workers and world-class export items such as RMG and pharmaceutical products for their possible export to the Kingdom.

The Saudi Foreign Minister was convinced that Saudi businessmen can explore further opportunities in trade and investment in Bangladesh and they can visit Bangladesh to see the facilities of pharmaceutical industry.

Both agreed to work for opening of branches by Bangladeshi commercial banks in Saudi Arabia which would be helpful for boosting trade and investments between the countries.

Bangladesh proposed for cooperation between the respective training institutions of civil administration of both countries, which was welcomed by the Saudi side.

The Bangladesh Foreign Minister is paying an official visit to the Kingdom of Saudi Arabia from Jan 5 at the invitation of his Saudi counterpart Adel bin Ahmed Al-Jubeir.

He is scheduled to return home on January 8.