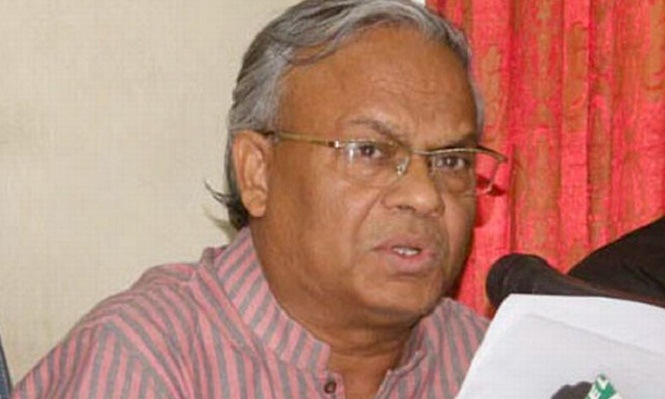 Criticising the government for turning down its dialogue offer, BNP on Wednesday said the ruling party is out to implement its ill-motive to hang onto power.

“If they (govt) restore democratic and human rights of people, then there’ll be a change in the government…they won’t be able to stay in power any more. So, they’re bogged down in their false pride and ill-motivated plan,” BNP joint secretary general Ruhul Kabir Rizvi told a press briefing at the party’s Nayapaltan central office.

He alleged that the government snatched all the democratic rights of people, including their franchise, in its bid to prolong its power through ‘muscle power’.

Accusing the ruling party men of obstructing BNP men from joining their January-5 rallies in different places, he said the government is in fear that it will fall if the democratic space is widened.

Terming the Election Commission the ‘thief of statistics’, he said the EC claimed that the voter turnout was 74 percent denying the incidents of vote fraud, and assisted the government in snatching votes.

The BNP leader demanded unconditional release of BNP’s Dhaka city unit convener Mirza Abbas and other BNP leaders and withdrawal of the ‘false’ cases filed against them.

The court on Wednesday sent Mirza Abbas to jail rejecting his bail petition.

BNP assistant organising secretary Abdus Salam Azad and its assistant office secretary Asadul Karim Shahin were, among others, present at the briefing.