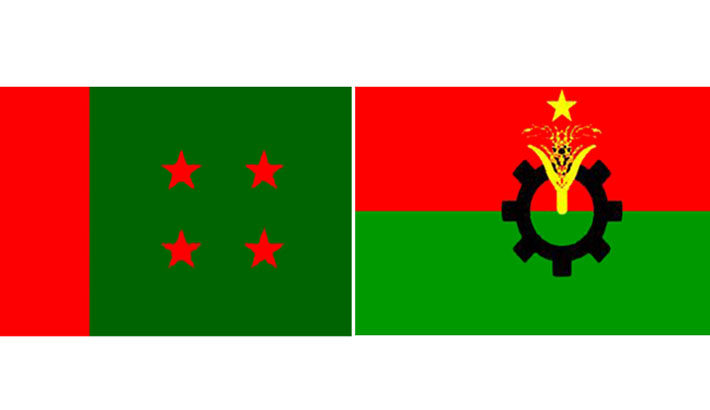 The ruling Awami League and the major opposition BNP are set to hold rallies in the capital today, marking the second anniversary of the 5 January elections.

Awami League will arrange two rallies, one at Bangabandu Avenue around 2:30pm and another at Russell Square in Dhanmondi road 32.

BNP on the other hand will hold a programme in front of its Naya Paltan central office around 2:00pm.

On this day in 2014, AL won the polls by a brute majority amid BNP’s boycott.

The people took the heat as both the parties earlier threw the programmes at the same venue, the historic Suhrawardy Udyan, on the day.

In view of public safety, metropolitan police on Monday cancelled the pleas and allowed the parties to hold rallies in designated areas.

Police set three hours’ time from 2:00pm to 5:00pm for the both parties to end programmes. No parties are allowed to use PA system beyond marked areas.

DMP in a press release said it permitted BNP to hold their rallies on some conditions. Among the conditions, DMP said BNP should be allowed to hold their programme within the area designated by police and could not be crossed, the loudspeakers could not be used beyond the assigned area, no road blockade is allowed, no procession is allowed, and the rally must end by 5:00pm.

The carrying of sticks or arms in the name of carrying festoons and banners is also banned. In case of possible gridlock, the DMP also requested the parties to limit their programmes in the designated areas only.

Police also discouraged any kind of procession on the roads to join the rallies.