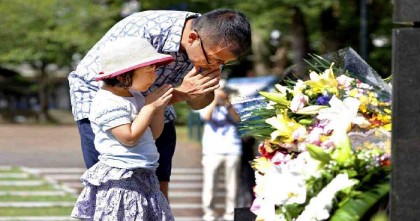 Muhyiddin Yassin, a seasoned politician who once famously quipped that he is Malay first and Malaysian second, is sworn in at the palace Sunday

Ecuador's Health Minister Catalina Andramuño Zeballos said a more-than-70-year-old Ecuadoran woman who lives in Spain arrived in the country on Feb. 14 showing no symptoms of illness

Mr Johnson, 55, and Ms Symonds, 31, become the first unmarried couple to occupy Downing Street when they moved in last year

New Malaysia PM sworn in amid crisis, Mahathir fights on

The Southeast Asian nation was plunged into turmoil a week ago as Mahathir's reformist "Pact of Hope" alliance, which stormed to a historic victory in 2018, collapsed

Trump says 5,000 US troops would leave Afghanistan by May and he would meet Taliban leaders in the near future, without specifying where

Biden bid to take on Trump gets major boost

He is set for a large victory in South Carolina's primary, where voters have been picking who they want to be the Democratic nominee for the 2020 US election

More than 86,000 coronavirus cases have been reported in 57 countries around the world

The latest figures, based on WHO and national counts

China has recorded nearly 80,000 cases of the virus since the outbreak began

For years, Mirjana Novokmet has tried to find out what happened to her first child back in 1978

Home Office boss of UK quits over 'campaign against him'

US set to sign peace deal with Afghanistan's Taliban

The patients - in California, Oregon and Washington State - have no known connection to a badly hit country

On the stage, Telangana minister KT Rama Rao is seen taking a quick bite and his colleagues Etela Rajender, Talasani Srinivas Yadav and others are also seen digging in

Malaysia's Mahathir out as PM as rival takes power

One killed in clash over CAA in Meghalaya

The development comes a day after India evacuated 119 Indians and 5 foreigners who were on board the coronavirus-hit cruise ship, Diamond Princess, moored off the Japanese coast

3 labourers trapped in stone mine in India’s Uttar Pradesh

Another labourer has been rescued in the wee hours of Saturday

The majority of the infections, or 531, are recorded in the northern Lombardy region, followed by the northern Veneto region (151 cases)

Death toll of coronavirus in China climbs to 2,835

One person died in Beijing and another in Henan province, while 45 died in Hubei

Mahathir says he has support to return as PM

The unlikely alliance between Mahathir and Anwar, longtime rivals, crumbls Monday after Mahathir's Bersatu party quit in a bid to form a new government with several opposition parties

President Trump first chose Mr Ratcliffe in July last year, but withdrew his nomination amid concerns that he was underqualified

The increase brings the total number of infections in South Korea to 2,931, according to the Korea Centers for Disease Control and Prevention (KCDC)

The incident takes place in Sukkur district, where the incoming Pakistan Express -- on its way from Karachi to Lahore -- hit the bus, which is heading to Sargodha in central Punjab province

A decision on lower schools will be made the night of Feb 28. Education Minister Mohsen Haji Mirzani urges teachers to deliver their lessons online until schools reopen

After facing sanctions and the risk of war amid tensions with the United States, Iran's Shiite theocracy now has an enemy

Mob slid down ropes, burnt Delhi school, used it as base for attacks