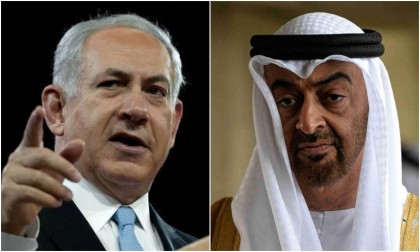 Congress's Rahul Gandhi, along with several other party leaders, is visiting the violence-hit areas in northeast Delhi

Coronavirus cases jump to 28 in India

The 12 countries that were earlier under the scanner for possible spread of the infection included China, Malaysia, Singapore, Thailand, Hong Kong, Japan, South Korea, Vietnam, Italy, Nepal and Iran

Covid-19: Modi not to participate in any Holi events

Holi, the festival of colours, will be celebrated across the country next week

The violence has cast a pall on the nascent Afghan peace process, with the insurgents clashing with Kabul over a prisoner exchange dispute ahead of talks that are due to begin on March 10

All daycare centres are also closed until Sunday, and the government is contemplating whether to keep them closed for longer, Kim says

As concerns over the spread of the virus mounted, Indian Prime Minister Narendra Modi urges the people not to panic and instead take basic protective measures

The death toll nationwide is now 2,981, the National Health Commission said, with more than 80,200 people infected in total

The IAEA also reportedly says that Iran had almost tripled its stockpile of low-enriched uranium to 1,020kg (2,249lb) since November in violation of the 2015 accord

US death toll from coronavirus reaches 9

The number of infections in the US overall climb past 100, scattered across at least 15 states, with 27 cases in Washington alone

Another 32 people are missing in Sao Paulo, raising fears the toll could rise further

US tornadoes: Death toll climbs to 25

"It is a patient who died on February 13," regional health officer Ana Barcelo Chico told journalists, adding that post-mortem analysis had come back "positive"

A Foreign Office spokesman said: "We call on the Iranian government to immediately allow health professionals into Evin prison to assess the situation of British-Iranian dual nationals there."

Nepal's prime minister in hospital to get kidney transplant

Around the world, people are changing their habits at work, home and in worship to reduce the risk of contracting the new coronavirus and prevent it from spreading any further

The Pope, who is ill, tests negative for the virus, says an Italian newspaper

Man who pointed gun at police during Delhi violence arrested

During the protest on February 24, the image of Shahrukh in a red t-shirt pointing a gun at a cop in Jafrabad

AAP's more than 170 journalists will cease operations by June 26. Its Pagemasters editorial production service will also close at the end of August, the company said

The election takes place two weeks before the Mr Netanyahu is due in court to face corruption charges, which he denies

The group's spokesman says the talks would not go ahead if 5,000 Taliban prisoners held by the government were not released

Indian social and mainstream media go into a tizzy with speculation. While some thought Modi plans to launch an indigenous social media platform, others see a gimmick

The election could help the Rajapaksas, known for the brutal defeat of separatist Tamil rebels, to strengthen their hold over the island of 22 million people

Indonesia, an archipelago of 240 million people, is prone to earthquakes and volcanic activity because it sits along the Pacific "Ring of Fire

All the deaths are in Hubei Province, according to the National Health Commission

There are also 31 more deaths, the National Health Commission reported — all in Hubei province, the epicentre of the outbreak, raising the nationwide toll to 2,943

The company said in a statement that the coronavirus outbreak has hit sales of Nintendo Switches, logistics, promotions and user experience in China