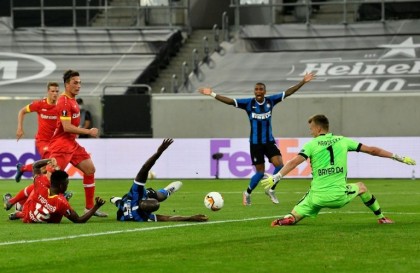 Ibrahimovic will reportedly sign a six-month contract worth about three million euros ($3.3 million) with a renewal option for another year

Australia collapse to 467 after Head century

The irony, of course, is that there's nothing casual or easy about it

De Kock fights back for South Africa against England

South Africa were 187 for five at tea

South Africa were 79 for three at lunch, with James Anderson, Sam Curran and Stuart Broad taking a wicket apiece

Malan wants to keep the pressure up on England regulars

England batsman Dawid Malan scores two fifties along with his maiden T20I hundred for Cumilla Warriors in the BBPL, jumping to third spot in the T20 rankings

'Coaching staff, some players refuse to travel to Pakistan'

He, however, says that there is no doubt about the security system in Pakistan

Star allrounder Ben Stokes is in England's team after his father was in a critical condition in a South African hospital earlier in the week with a serious illness. Ged Stokes' condition has since improved and he is stable

Along with the fidgety Smith, Travis Head was not out 25, desperate for runs after a lean spell. Labuschagne made 63 with Colin de Grandhomme taking 2-48

A fidgety Steve Smith was not out 41 alongside Matthew Wade, who was unbeaten on seven

Barca and Madrid lead in Spain at winter break despite flaws

Hafeez suspended from bowling in all ECB competitions

"I have received the ECB Bowling Review Group report on my bowling action," Hafeez said in a statement on Tuesday

"I have received the ECB Bowling Review Group report on my bowling action," Hafeez said in a statement on Tuesday