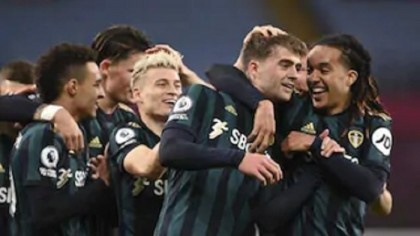 Before the main series, Zimbabwe will play a two-day practice game starting from February 18

She said at 13 she told her mother, Caroline, that she is going to lose her only son

Sangakkara is captaining England's venerable MCC for four games in Lahore, where he was wounded in a militant attack on the Sri Lankan team that left eight people dead in March 2009

And Rodgers is hoping a fortnight's rest, without any overseas training camp, will have been the perfect tonic to recharge his side for the run-in

"Soumya will get married so we won't get him during the lone Test against Zimbabwe and opening ODI of the three-match series," chief selector Minhajul Abedin says

Maurizio Sarri’s side will be counting on a win over Mario Balotelli’s lowly Brescia, who are second last in the table

After a barren first half, Chinedu Matthew put Abahani ahead in the 55th minute while Charles Didive doubled the margin in the 65th minute

After a long break due to injury, all-rounder Mohammad Saifuddin and Mehidy Hasan Miraz are set to back to action

Bakker is involved in the build up to Sarabia's first strike, while forward Mounir Chouiar netted for Dijon to make it 1-1

Tokyo, IOC officials reiterate that Olympics are on

The Olympics open in just over five months, and the torch relay begins next month in Japan — a clear signal the games are almost here

Soumya says ‘gaye holud’ ceremony will be held on February 26

Matar Fall, a defender, is fined 10,000 euros and banned for contributing to a loss by his team, Frejus-Saint-Raphael, in a French third-division match to gamblers who have still not been identified

Mahmudullah set to be dropped from Test squad

Napoli, who last won the trophy in 2014, now take a slim advantage into the second leg at their Stadio San Paolo on March 5

South Africa beat England by one run in T20 thriller

Kings President Imrul Hassan said, “BFF’s decision to reopen window is unfair and unethical. They reopened the window after 12 days of booters’ registration

Abahani out of AFC

In the day’s crucial match in Male, touring Dhaka Abahani and hosts Maziya SRC tried their best to score but failed and the result was enough for Maziya SRC to reach the qualification stage

WWE: The Rock's daughter will step into the ring

Simone Johnson, 18, has started training with WWE - following in the footsteps not just of her dad but her grandad, and her great-grandad too

Kapil, Azharuddin for strict action against 'unruly' India U-19 boys

On Tuesday, the International Cricket Council (ICC) sanctioned five players, including three from Bangladesh and two from India