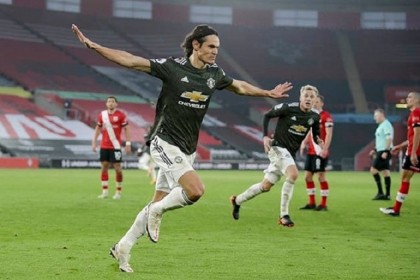 Bashundhara Kings conceded the first defeat in the league losing to Mohammedan SC by 0-1 goal in Cumilla on March 7.

Will reflect on the values of Mashrafe, says Tamim

The Bangladesh's new ODI skipper is confident of easing into the captaincy role over time, adding that he will reflect on the values of former skipper Mashrafe

Tokyo Olympics: Japan vows to go ahead despite virus

How can you eat bats and dogs: Shoaib

Families of the cricketers are also concerned about coronavirus. They’re not willing to send their sons to play cricket amid this fear

After the opening match on Friday, New Zealand fast bowler Lockie Ferguson has been tested for the coronavirus and placed in isolation after complaining of a sore throat

India, the world's second most populous country after China, has reported 81 cases so far with one death from COVID-19

Following discussions overnight between the ECB and Sri Lanka Cricket, a decision has been made to postpone the tour and bring England's squad and support staff

Pakistan T20 league to carry on despite foreign exodus

IPL postponed till April 15 over coronavirus

Stokes out of tour game in Sri Lanka with abdominal issue

England team management, however, have insisted that Stokes' condition is not connected to the ongoing COVID-19 pandemic

Richardson tested for coronavirus as ODI starts behind closed doors

On Tuesday, a court rejects a request from Ronaldinho’s lawyers for conditional release on bail or house arrest

In their last match on Monday, Kings outplayed Cumilla United by 6-0 goals

Forty eight teams from different media houses will compete in the nine-day meet exclusive for the journalists, organized by Dhaka Reporters Unity (DRU) and sponsored by Walton Group

The 9th version of the country’s biggest multi-sports event, Bangabandhu Bangladesh Games, was supposed to begin at Bangabandhu National Stadium on April 1

IPL could go 'TV-only' over coronavirus

England cricketers to ditch handshake for 'fist pump' over virus

England skipper Joe Root says it is a disappointment to have to avoid fans' selfies and giving autographs, but the team have been told to limit unnecessary contact

FIFA Congress postponed until September due to coronavirus

FIFA says the postponements are in order to enable all member associations to attend, given current “concerns over the health and well-being of participants, as well as travel restrictions in many countries

Mahmudullah, who is expected to lead Bangladesh in the upcoming ICC World T20, feels this series was a turning factor for them considering they had performed below-par in the recent past