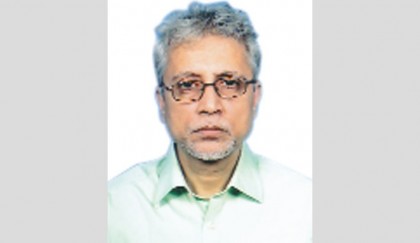 The case of the peripatetic bureaucrat calls for some serious rethinking to come into the way the civil service has been functioning, says Syed Badrul Ahsan

One of the perhaps lasting impacts of the COVID19 pandemic is that China is losing friends faster than the virus is infecting people, opines Justice Shamsuddin Choudhury (Manik)

However, many natural disasters occurring at different places around the world are attributed to climate change

Bangabandhu in London and Geneva for Treatment

When State Is the Killer

Gruesome 21 August and a Dauntless Leader

Considering the role of these groups in the country's growth, a pertinent question is whether they can support the government in its effort to fight against the COVID-19 pandemic

Bangabandhu: The Portrait of a Visionary Leader

Bangabandhu Sheikh Mujibur Rahman, in all respects, was an example of the most complete Bengali in the millennium-long history of Bengal

Bangabandhu: The harbinger of friendship between Bangladesh and China

Days of Darkness, Unmaking of Bangladesh

August 15, 1975 was the darkest day for Bangladesh and its people and a crime committed against the humanity as well

Overseas employment of Bangladeshi workers is a major source of employment

Consequences of Force Majeure in Public Procurement during COVID-19

President Xi’s long game: World is dealing with a leader who believes he will shape a Chinese Century

The universe does not accept injustice, and the present crisis in the world is its way of slowing down the humans to remind them that the Earth is not a gift

Let Friendship Day Unite Us to Fight against COVID-19

In Bangladesh, India and some other countries, this day is celebrated on the first Sunday of August.

Of course, Globe Biotech researchers have claimed that they have been working on the vaccination

Climate refugees have no choice other than to leaving their often rural homes, and they currently do not receive any protection from national and international law

Sajeeb Wazed Joy is a big dreamer, a wizard of youth

We all are a dreamer. Joy is also a dreamer like us. He also likes to dream. But, the difference is he knows how to turn dreams into reality

He played a major role in bringing the Awami League to power in 2008, writes Wadia Ayshi

This is really a strange coincidence that the birth of Bangladesh has lots of things in common with the birth of Joy and vice versa, writes Dr. Rashid Askari

Resilience in Light of COVID-19: Climate Action on Road to COP26

Historically, the global financial crisis in 2007-2008 highlighted the significance of ‘economic resilience’ for addressing the financial challenges

Obviously, a large number of Bangladeshis, mostly semi-skilled and unskilled, migrate to Europe, America, Middle East and other regions of the world

Recently, the Council of Europe experts have opined that COVID-19 is a test for democracies, and good governance is the key to success

The US dispatched two modern aircraft carrier battle groups to the SCS area. It agreed to supply more sophisticated weapons and equipment to Taiwan

Floods hit several north-western districts and it can spread over other parts of the country, as water levels of the rivers like the Teesta, the Brahmaputra and the Dharla marked rise, inundating fresh areas

Our Economic Diplomacy and Reality

Economic diplomacy has traditionally been defined as the decision-making, policy-making and advocating for a country’s business interests with other states

The reason behind the siege of Sudhasadan by members of the army and law enforcers was for arresting Awami League president, Bangabandhu's daughter Sheikh Hasina

COVID-19 Pandemic: Lessons We Should Learn

The Coronavirus shows us how terrible it is to waste our lives, embroiled in endless battles for wealth and status and power, says Bappy Rahman