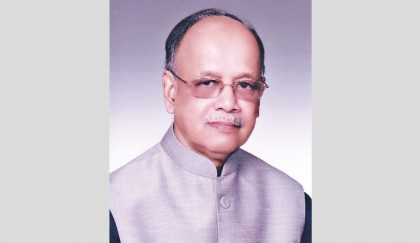 The total population of the world is about eight billion and since each would require two doses of the vaccine, the need would be about 15-16 billion doses

A Man in Forty Million Bengalis

Urban areas have become a hub of pollution due to unsustainable urbanisation, industrialisation and over population, writes

'Self-reliance is our goal'

Bangabandhu expressed his gratitude to those countries and peoples who had supported Bangladesh in its struggle for freedom, writes A.K.M. Atiqur Rahman

On the other hand, the doctors and nurses have also become stigmatised as they feel shaky while taking care of patients with flu-like symptom and other health-related issues, writes Pranab Kumar Panday

This year’s theme of the day is ‘Shaping Peace Together’

Heads of several thousand people rolled at the caprice of paranoid and tyrant British Monarch Henry- VIII, whose victims included two of his wives on trumped charges of adultery and incest

The number of positive cases logically, should be dependent on the degree of infection in the community and much more in fact, on the pathogen’s infectiousness

On 8 August 1972, with the approval of Bangabandhu as well as of his cabinet, Bangladesh had officially forwarded its application to UN Secretary General Mr. Kurt Waldheim seeking the UN membership

As the first country hit by the coronavirus, China learned some painful lessons from the fight against COVID-19

He had no fear of imprisonment

Indo-Bangla connectivity: A blessing for all

An elderly Indian journalist told me the other day about what he sees as my preference towards Bangladesh.…

Wishing Sheikh Rehana Many Happy Returns of the Day!

Toothless Human Rights NGOs Are of No Use

Millions have suffered crimes against humanity by those rascal states

In Delhi on Way Home after Treatment Abroad

The third issue concerns the security of the UNO's residence

Departure of a Seasoned Politician and Super Consensus Builder

Pranab Mukherjee’s grasp of international relations, financial affairs and parliamentary processes, combined with his phenomenal memory, make him one of the most important and admired politicians of contemporary India

Bangabandhu in Algiers for Non-aligned Summit

In his opening ceremony address, Bangabandhu thanked everyone for welcoming Bangladesh into the group of Non-aligned countries

Farewell to Kakababu of Indian Politics

Pranab Mukherjee joined Congress in 1966 and then managed to make a permanent place in Indian politics, gaining respect from people of all quarters irrespective of their political beliefs

Was always ready to sacrifice his own interest

Time and again we see that his priorities lay in what would benefit the masses, rather than his personal gain, says Dr. Atiur Rahman

Why China would go with Pakistan which killed three million people in Bangladesh and committed crimes of Genocide, Waliur Rahman quoted Bangabandhu as saying

The case of the peripatetic bureaucrat calls for some serious rethinking to come into the way the civil service has been functioning, says Syed Badrul Ahsan

One of the perhaps lasting impacts of the COVID19 pandemic is that China is losing friends faster than the virus is infecting people, opines Justice Shamsuddin Choudhury (Manik)

However, many natural disasters occurring at different places around the world are attributed to climate change