Sheikh Mujib had to face many ordeals in prison 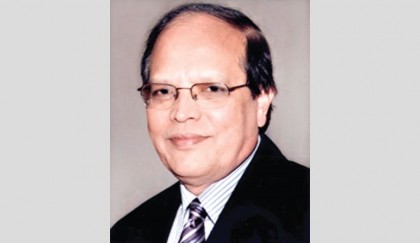 Trump, employs rhetoric that is reminiscent of Mussolini, and he has professed his solidarity with the worst populists and fascist leaders

Geoengineering promises to be exceptionally cheap, making it much more likely than expensive carbon cuts to be implemented

The Lady and the Rohingya

Sexual crime: Schools need to help the girl child speak up for justice

The society, schools and the parents need to understand that the victims need to get the sense that it's very important to speak up and go for justice

Dozens of people have been charged or jailed for allegedly defaming the regime that the Nobel laureate leads, raising fears of continued oppression

The Secret Of Infinite World

That is, people who are dead are just people who were alive but then experienced the transition we call dying

The next migrant wave

Our schools are no longer safe for the girl child

It's the responsibility of the parents that if a child confides, they should take it as a serious matter and stop turning a blind eye

Children and adolescent in electioneering

Free, fair and participatory election is one of the main pillars of a democratic country. Candidates…

Taskin could hardly be warned

Since Taskin's stock delivery has been found legal, and only 3 of his 9 bouncers illegal, he can, at best, be warned, writes Mustafizur Rahman Khan

A visit to Dhaka can be an overwhelming experience — not just because of the traffic, pollution,…

Did the Paris Summit- which is officially the 21st Conference of the Parties to the Kyoto Protocol,…

Bangladesh not waiting for the world to save us

The pledges on reducing emissions submitted for the Paris climate meeting must be measurable and verifiable, writes Sheikh Hasina

“My sister Nasima is our queen, we make everything special for her, we treat her very special…

How not to build a road on the beach

Why they are building a paved road over the sand dunes, then? It was a question asked by many…

Women have more to lose by dating the wrong person but after a break-up, they are the ones who recover…

Bangladesh’s booming economy, growing at a 6 percent annual rate, is driven by its well-known…

A visit to Hiroshima

On 29 April, 2008 I boarded on the Malaysia Airlines to reach the Kansai International Airport, Japan…

Q: In your introduction to your new book, you talk about our general bias which makes us blind to the…

Caesarean births in Bangladesh up mostly on greed

How to Stop Thinking About Someone

You meet someone new and attractive. The eye looks and the mind wanders. Temptation strikes, although…

Ferrying death in the rivers

Eid is coming, and it’s heavy monsoon in this land of rivers. Soon, the inland and coastal waterways…

Higher Education: No crisis but problem

The country?s higher education has always been in the media not because of lack of access to higher…

What if Andreaz Lubitz, the German co-pilot, were a Muslim?

Avi’s father is an egg seller. He has one son and one daughter. The lone daughter…

The politics of burning people

At one stage, both I and Naem Nizam were unable to look at the faces of the burn victims. Just a glance…