The Coronavirus shows us how terrible it is to waste our lives, embroiled in endless battles for wealth and status and power, says Bappy Rahman 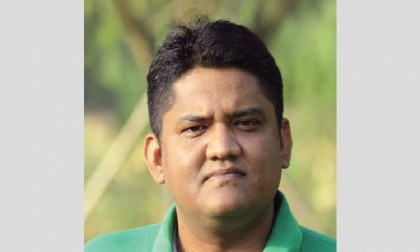 GDP Is Not a Good Economic Indicator

Theoretically, GDP can be measured in three different ways: The production approach, the expenditure approach and the income approach

What’s happening in Xinjiang is genocide

The Chinese authorities have been continuing atrocities on Uighur Muslims in Xinjiang Province. Communist China has curbed their religious activities

"The rate at which COVID-19 is spreading in the country, it is difficult to say when we would be able to free Bangladesh from this pandemic," says A.K.M. Atiqur Rahman

He himself was always on the move, seeking the just cause of people’s freedom from all kinds of injustices and inequalities

Though many people use the Facebook platform commercially, most of the people, using Facebook, are common users

Resistance to Antibiotic: An Ignored Enemy at COVID-19

COVID-19 is a viral disease that greatly weakens the immune system of severely affected patients, making them susceptible to secondary infections by other germs

Avoid Toxic People even during Lockdown

This lockdown has a long-lasting impact on our psyche

Human Trafficking by an MP: What a Shame!

In Bangladesh, involvement of people in human trafficking or money laundering is not something new

Let us be Respectful to Frontline Warriors

After his release from jail on 27 February 1952 he went to his village home for a few days to recuperate his health. The moment he was a little better he left to tour the countryside

COVID-19 Implications for the Environment and Sustainability

A total of 127,198 pilgrims from Bangladesh had performed Hajj last year

The Bangladesh government has adopted a strategy to divide the whole country into three types of zones: red, yellow and green depending on the number of patients to contain the spread of COVID-19

With many of such people out of work and thousands being sent back to homeland from various countries, nobody knows how the days ahead are going to be like during COVID-19

Today, as people and governments take on the challenge of Covid19, we are realizing the importance of healthy living more and more

Always by the People

His ordeal in jail

Locust Panic No More in Bangladesh

What will we do with the thieves?

The role of Bangladesh’s premier is being highlighted in the world media and lauded globally, writes Imdadul Haque Milan

It is in this context the projection of the growth rate of 8.2 percent for the next fiscal year has raised so many eyebrows by the commentators, writes Dr Atiur Rahman

A Human Saga of Personal Sacrifices

The 6-point program is not a document to signify the autonomy of the Bengalis only; it has revived their dormant desire for freedom

Coronavirus Pandemic and Education in Emergencies

Statistics show that about 4.5 billion people are using internet in the world; over 3.5 billion Google searches are done per minute

Devastation of Cyclone Amphan: Experiences from the Field

The Sundarbans, the world’s largest mangrove forest, has once again saved the life of the coastal people as before by shouldering huge damage

Tobacco Use and COVID-19

Life after Lockdown: Battle of Survival Has Just Begun

Covitime Eid: How It Was

Being the Muslim majority country, the entire region takes up a festive mood in the run-up to Eid