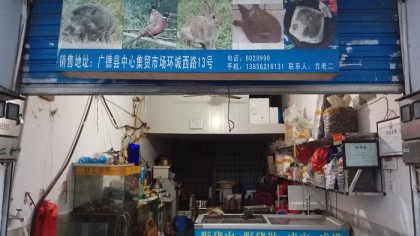 While great whites haunt the deep, walking sharks are content to scuttle in the shallows

Australia evacuates parts of its capital as bushfire conditions return

Bangkok, the world’s most visited city, saw levels of PM 2.5 particles at 78.3 pg/m3. A level above 35 is considered unhealthy, according to independent air quality monitor AirVisual

The study marks the first time that the Yarrabubba crater has been precisely dated, at 2.229 billion years old, and means it is 200 million years older than any similar site known on Earth

A dinosaur fossil found in northeastern China has been identified as a new species of tiny, winged and feathered dinosaurs

Delhi is the 10th-most polluted city in India

The landmark ruling centres on the case of Ioane Teitiota, whose home - the Pacific Island of Kiribati - is threatened by rising sea levels

Leopard runs into house before being captured in south India

Among the seven Central departments reviewed, the Survey of India has got the top billing followed by the National Institute of Hydrology (NIH) and Central Water Commission

Forests and farming land were already extremely dry due to a prolonged drought, providing the foundations for the fire crisis when extreme hot weather hit well before the southern summer

Oceans were hottest on record in 2019

Scientists have discovered the secret of how the ginkgo tree can live for more than 1,000 years

India has seen a construction boom in recent years but developers have often ridden roughshod over safety and other regulations, with the connivance of local officials

The famous giant tortoise, Diego, will return home in the Galapagos islands after it fathered hundreds of babies in a captive breeding program

Temperatures soared above 40 degrees Celsius (104 degrees Fahrenheit) in parts of New South Wales and neighbouring Victoria, where attention was focused on the two fires that linked to form yet another monster blaze of more than 600,000 hectares

Since the penumbra is much fainter than the dark core of the Earth’s shadow, the umbra, a penumbral eclipse of the Moon is often difficult to tell apart from a normal Full Moon

Lunar eclipses are much more common than solar eclipses, but are still a sight to behold

The months-long fires have killed at least 25 people and millions of animals, and destroyed more than 2,000 houses

'Nothing left' for animals after bushfires

Teens fill car with Koalas to rescue them from Australia bushfires

More than 25,000 koalas are believed to have died in the devastating bushfire crisis of Australia. According to The Telegraph

Big natural disasters can create their own weather systems. The Australian bushfires are now so intense that they’re starting to make thunderstorms

Almost five percent of the 169,000 hectares (650 square miles) of illegal coca plantations are in protected areas