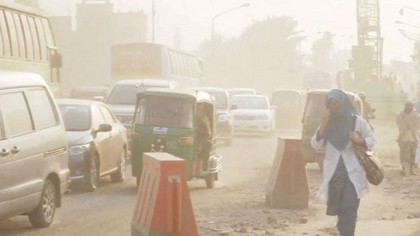 She reaches Hazrat Shahjajal International Airport by an Emirates Airlines flight around 5:08 pm

AL wants EVMs in next election

EC enjoys more freedom than any other countries: CEC

Most of the rules and regulations the current EC is following have been promulgated by the Awami League government, the CEC adds

A total of 89,506 admission seekers contested for 1,765 seats under the "Ka-unit" of the university

World now much closer to Bangladesh over Rohingya issue: FM

There is no reason to think that China and Russia are against Bangladesh or in favour of Myanmar but these two countries are with us, Mahmood Ali says

Khaleda on way to Dhaka from London

After a nearly two and a half hours stopover in Dubai, the flight is expected to land at Hazrat Shahjalal International Airport around 5:20 pm

The dialogue begins around 11:00 am at the conference room of Nirbachon Bhaban with CEC KM Nurul Huda in the chair

A total of 50 students will get the chance to get admission into the university, sources at IU registrar office say

Amid controversy over the 16th Amendment verdict, Sinha plans to visit Australia along with his wife Sushma Sinha to meet their elder daughter Suchana

One Jahanara Rashid, wife of late Harunur Rashid, hailing from Kalitala of the district, was also made accused in the case

The Myanmar journalists, who are on assignment for Hamburg-based magazine Geo, are released on bail on September 23 and leave Bangladesh Tuesday

The flight carrying Khaleda Zia is expected to land at Shahjalal International Airport in Dhaka around 5:20pm on Wednesday

Leaders asked not to allow communal force in AL

The IPU passes a Bangladesh proposed agenda of "Ending the grave human crisis, persecution and violent attacks on Rohingya"

Important border points to be brought under surveillance

Candidates can avail the result over SMS to their cell phones this way: PSC space 36 space 16222

Ecnec approves a total of 10 projects involving an estimated cost of Tk 5,783.4 crore 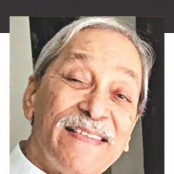 During the Liberation War in 1971, Chullu participated in the bomb attack in the then Hotel Intercontinental in Dhaka

5 of a Bangladeshi family killed in Kuwait fire

The deceased are identified as Rokeya Begum, wife of Juned Miah, their two sons - Fahad, and Emad and two daughters - Jamila, and Namila

In modern days, copper wire is not suitable for modern telecommunication services like internet, data and video as it only allows voice calls

"Praising Zia may be CEC’s tactic"

During a dialogue with the EC, Awami League will seek an explanation of the Chief Election Commissioner’s remarks

Nasim orders departmental actions against and even dismissal, if necessary, of those who will not be present in hospitals in time

Tourist police have been kept on high alert to prevent their spread, while the owners of hotels and motels given necessary directives in this regard